we apologize, report is only in spanish

JUNE 2021 – PRODUNAS RAISES THE VOICE OF ALARM
Is there an insect infestation in the Stone Pines in the “Dunas de Artola” Natural Monument?

What do we know about the pine borer (Tomicus piniperda)?

In healthy, naturally grown, species-rich forests, bark beetles are an important part of the natural cycle within the forest ecosystem. In such forests, the beetle can only attack old, sick or poorly adapted trees and thus returns the nutrients from these trees to the cycle of matter. In addition to providing nutrients, the beetle creates space for younger, better-adapted trees. Mass reproductions are almost impossible in such forests.

Northern European countries are currently struggling with a bark beetle plague, which within a very short time leads to very large damage, especially to spruce trees (Picea abies (L. H.KA R S T.)), but also to other coniferous or deciduous trees. For example, in the Harz National Park in Germany, over 70 km2 of spruce forest are destroyed every year. In some regions 90% of the spruce population has already died (photo 1). In the forest areas of Germany, the damage is estimated at over two billion euros, 6 million cubic meters of wood are lost every year. The cause of the bark beetle infestation is seen in the historically determined monocultures of the trees in connection with climate change, which weakens the trees through periods of drought, harsh winters, storms etc. and thus destroys the natural defense mechanisms of the trees against pest infestation.

In spring, bark beetles, which are only 1-6 mm tall, depending on the species, swarm out from a temperature of 16 °C and dry weather to infect diseased spruce trees in the tens of thousands. The males penetrate the tree through the bark within about 24 hours and build a wedding chamber. The females are then attracted by pheromones from the male and move into the wedding chamber. After mating, the beetles begin to create tunnels at the edges of which eggs are laid (photo 2). The larvae that hatch from it widen these passages as they grow and thus sever the nutrient pathways of the trees just below the bark, which further weakens the tree’s defenses. If a tree is colonized by many families of beetles, such an infestation can, despite the small amount of damage compared to the size of the tree, assume an extent that the tree “starves”.

The long-range ones serve to find areas that are already weakened and can easily be colonized by the beetles, while the short-range ones control the colonization of the individual trees. In this way, a bark beetle can get support from other conspecifics in order to overcome the defenses of the trees or inform other beetles that the tree is already fully populated and thus divert the approaching beetles to neighboring trees. The drilling dust ensures an additional spread of the pheromones, especially in warm temperatures. These mechanisms can make a beetle population so large that healthy trees, whose defenses are normally sufficient to ward off an infestation, can be colonized and killed by beetles.

The forest managers and regional governments react by cutting down large areas of trees, setting up pheromone traps or piles of logs and reforestation with trees that are more resistant to climate change. In the meantime, the bark beetle is spreading further and has reached France and other European countries since around 2017 with particularly hot and dry summers.

For a better understanding of beetle migration and the protection of forests, modern computer-controlled, autonomous beetle traps are being developed, which can be used to monitor the migration of the beetles.

In the Artola Natural Monument, dying trees have now been found that clearly show insect holes (photo 3). The Association ProDunas Marbella is seeking an immediate investigation by the city authorities, forestry professionals and the Andalusian government in order to identify the insects and determine whether this is a natural phenomenon in Artola or whether immediate action should be taken. 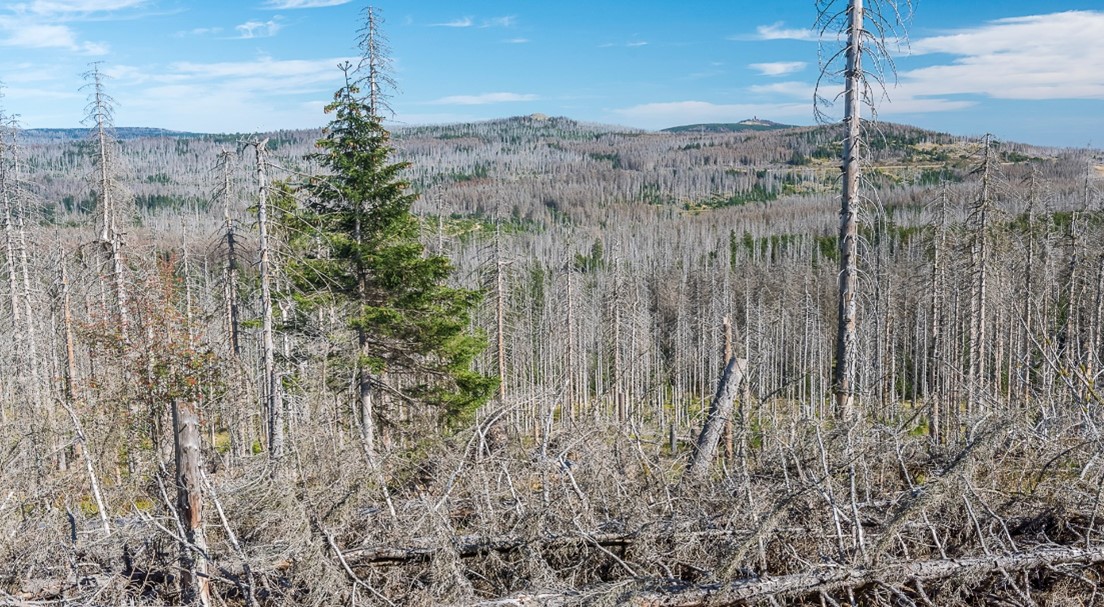 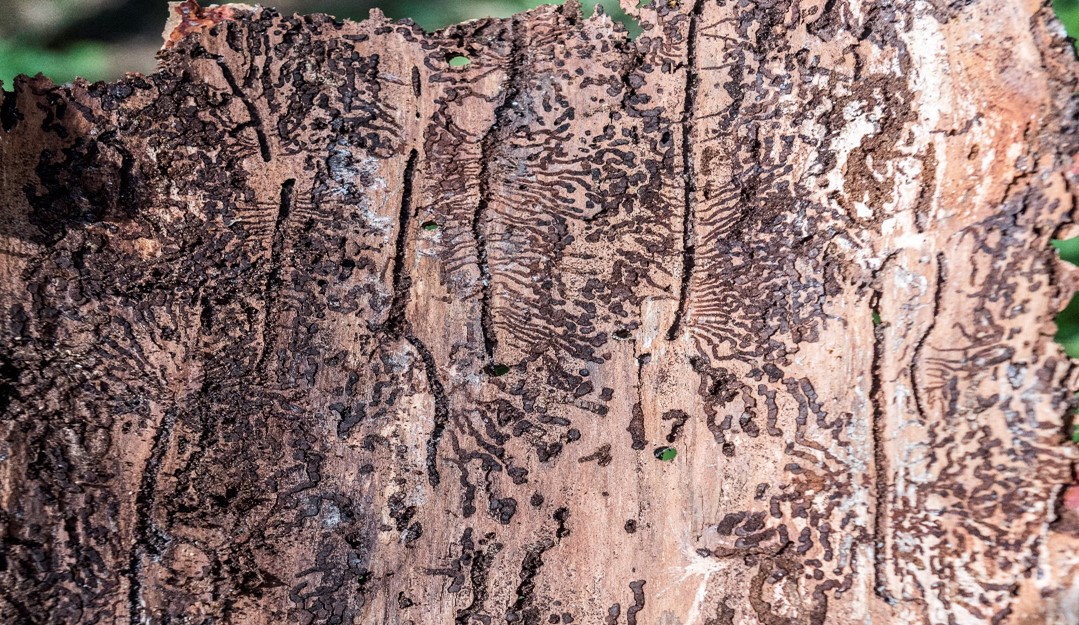 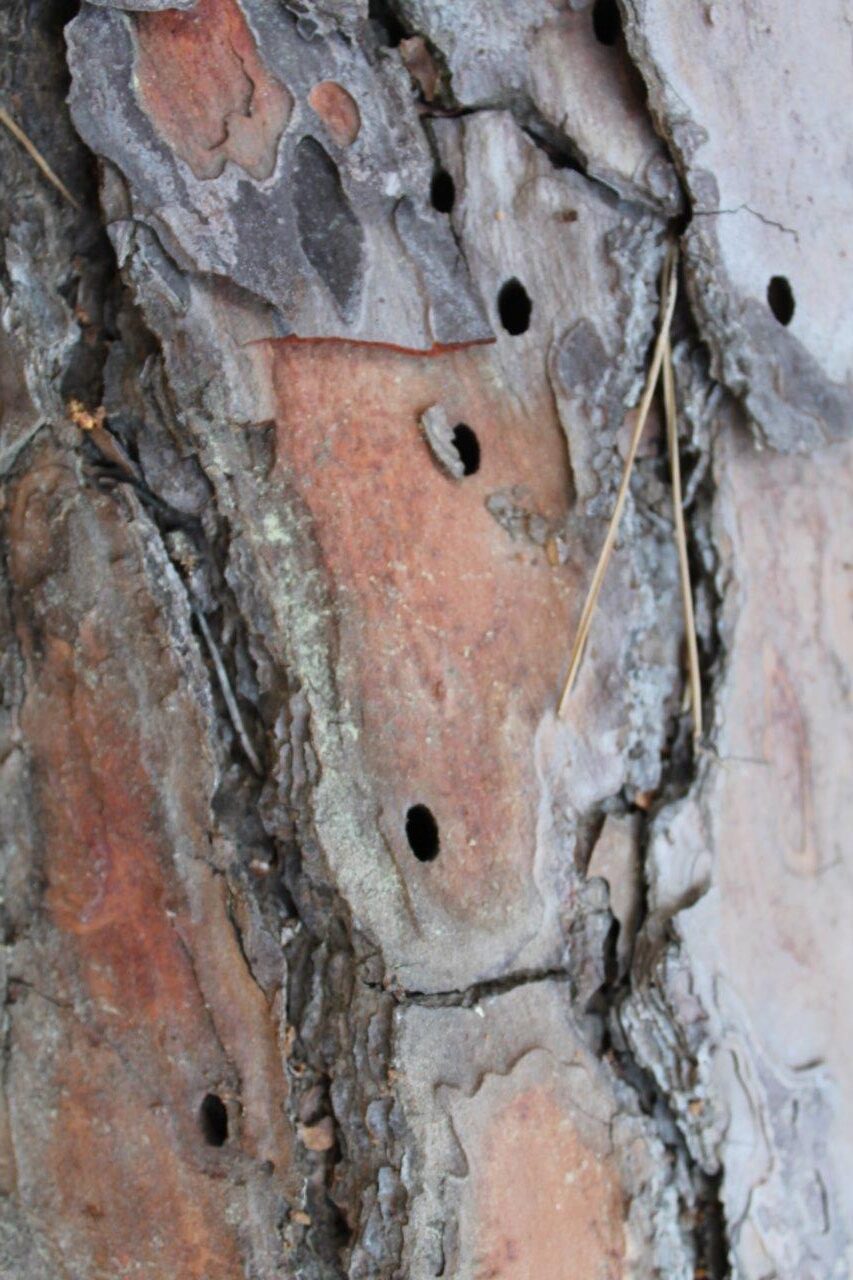 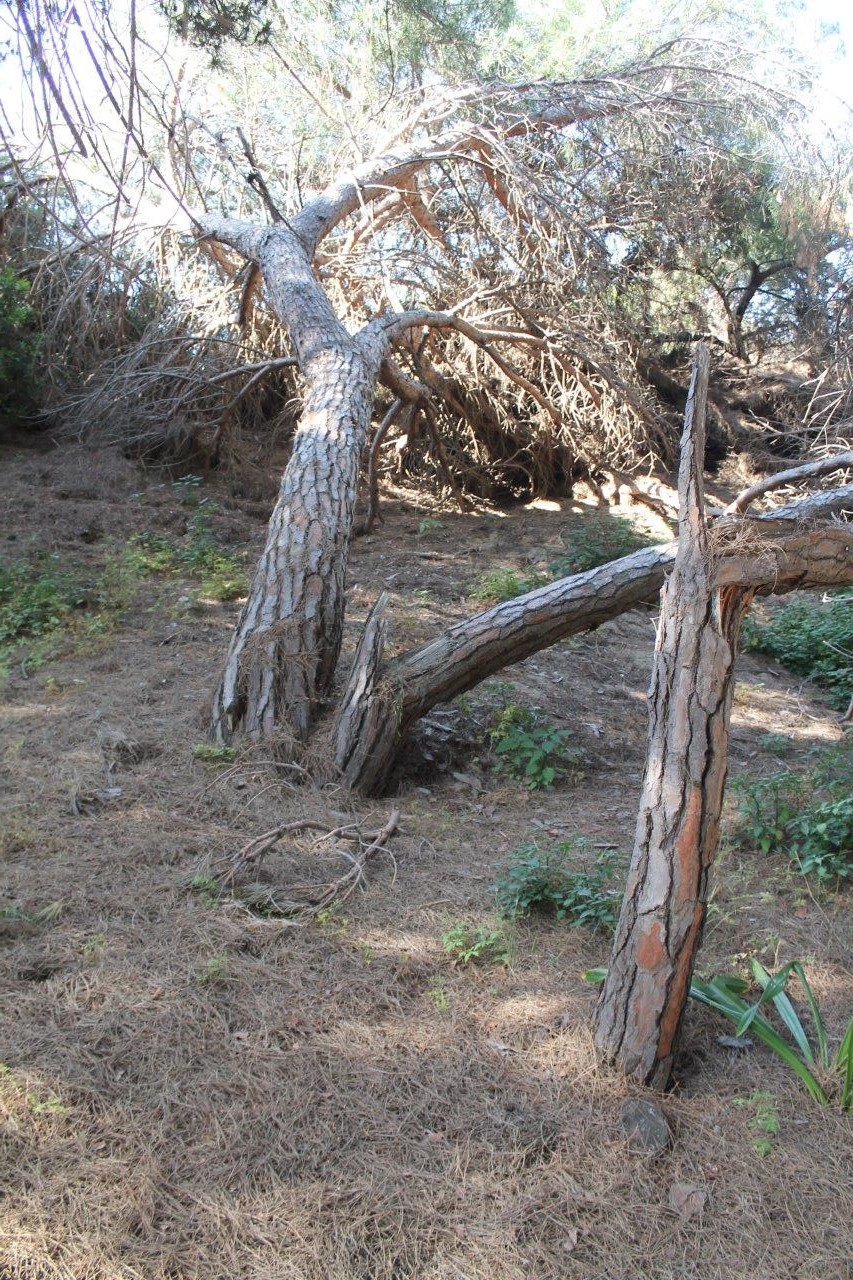 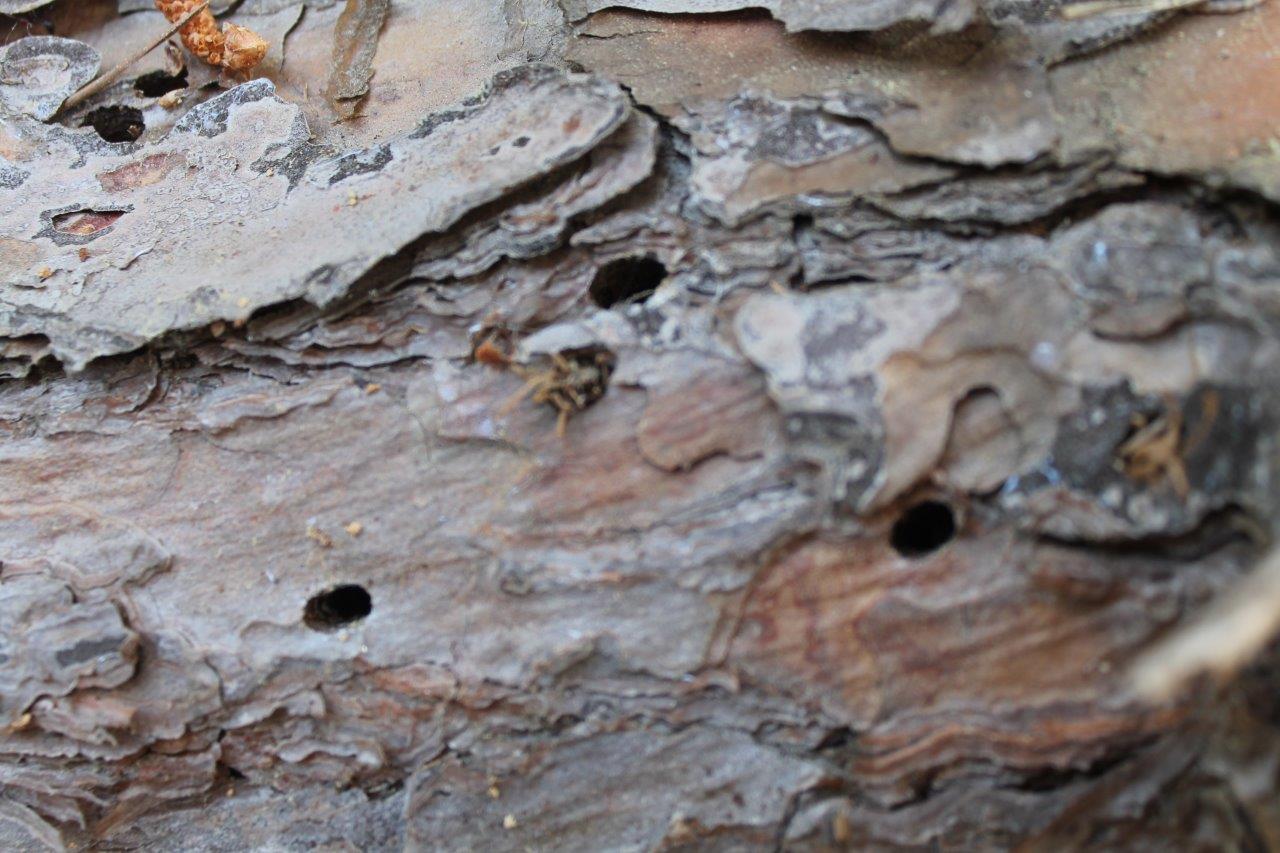 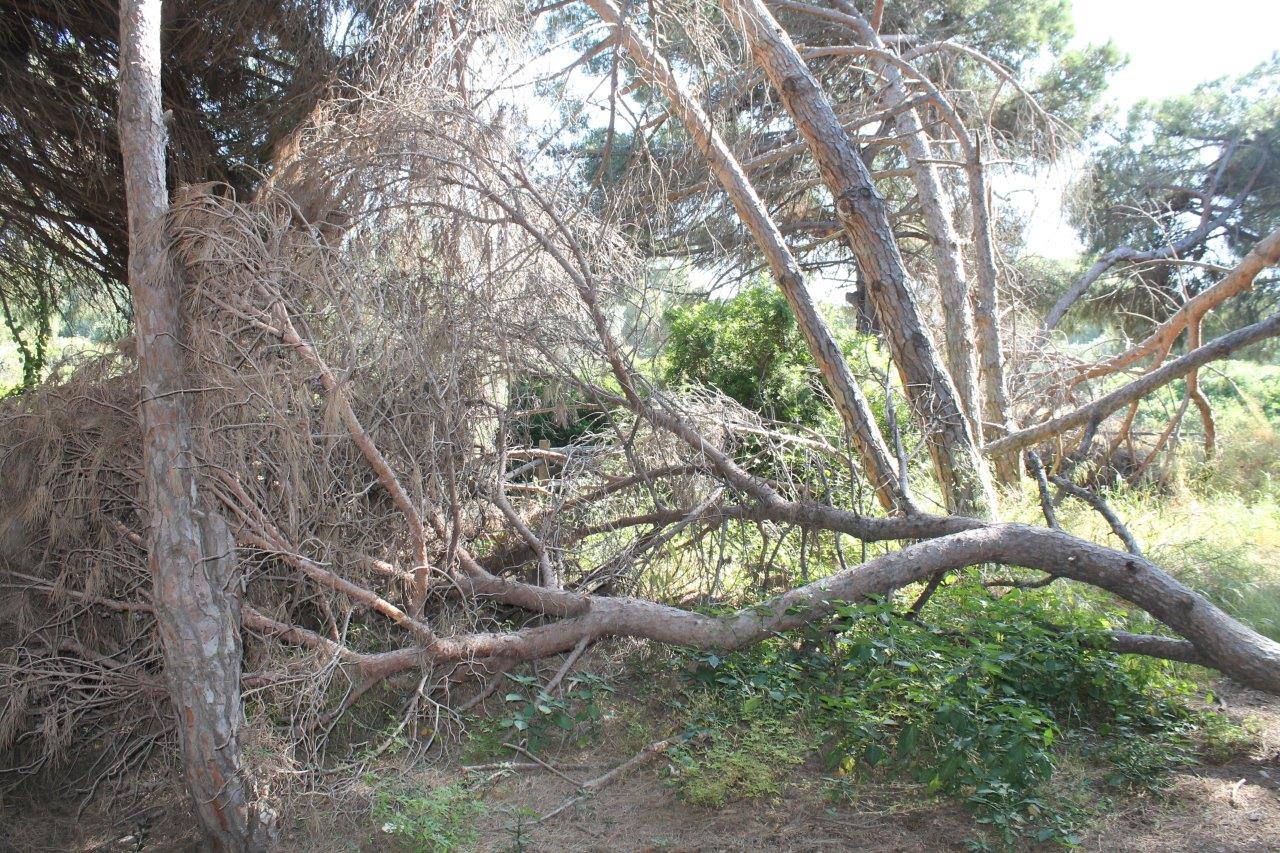 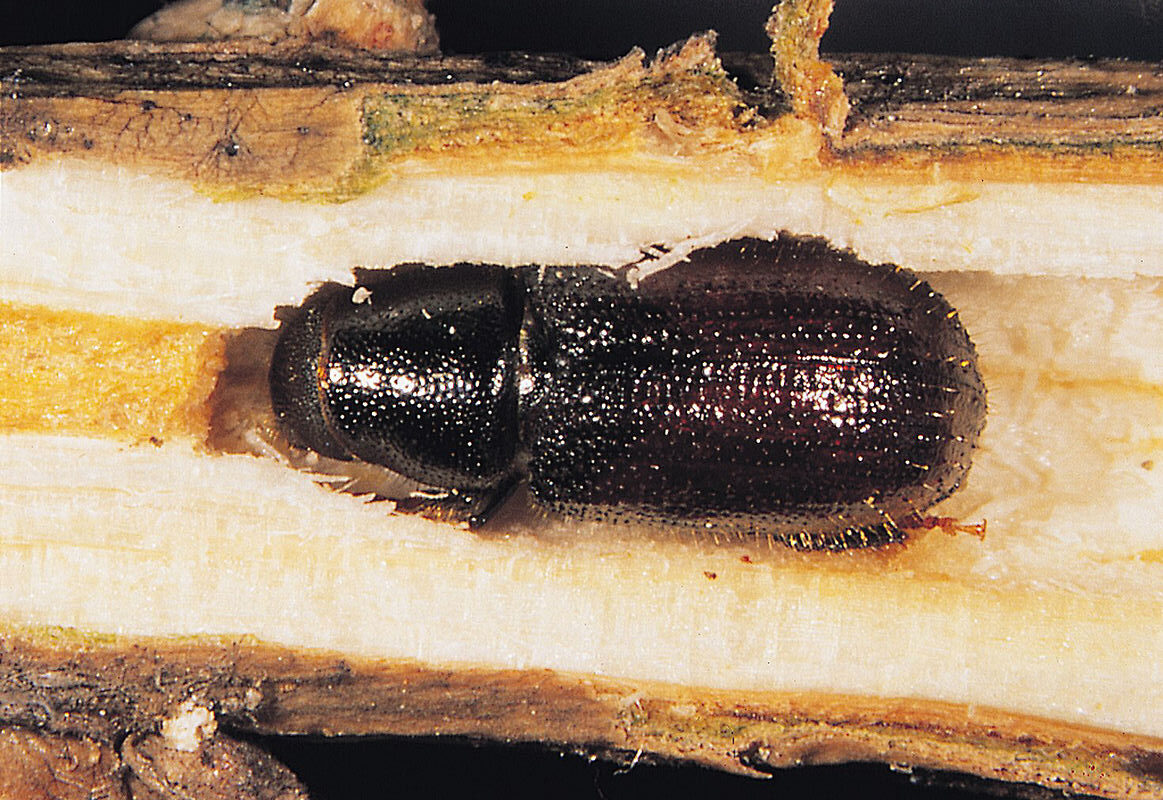 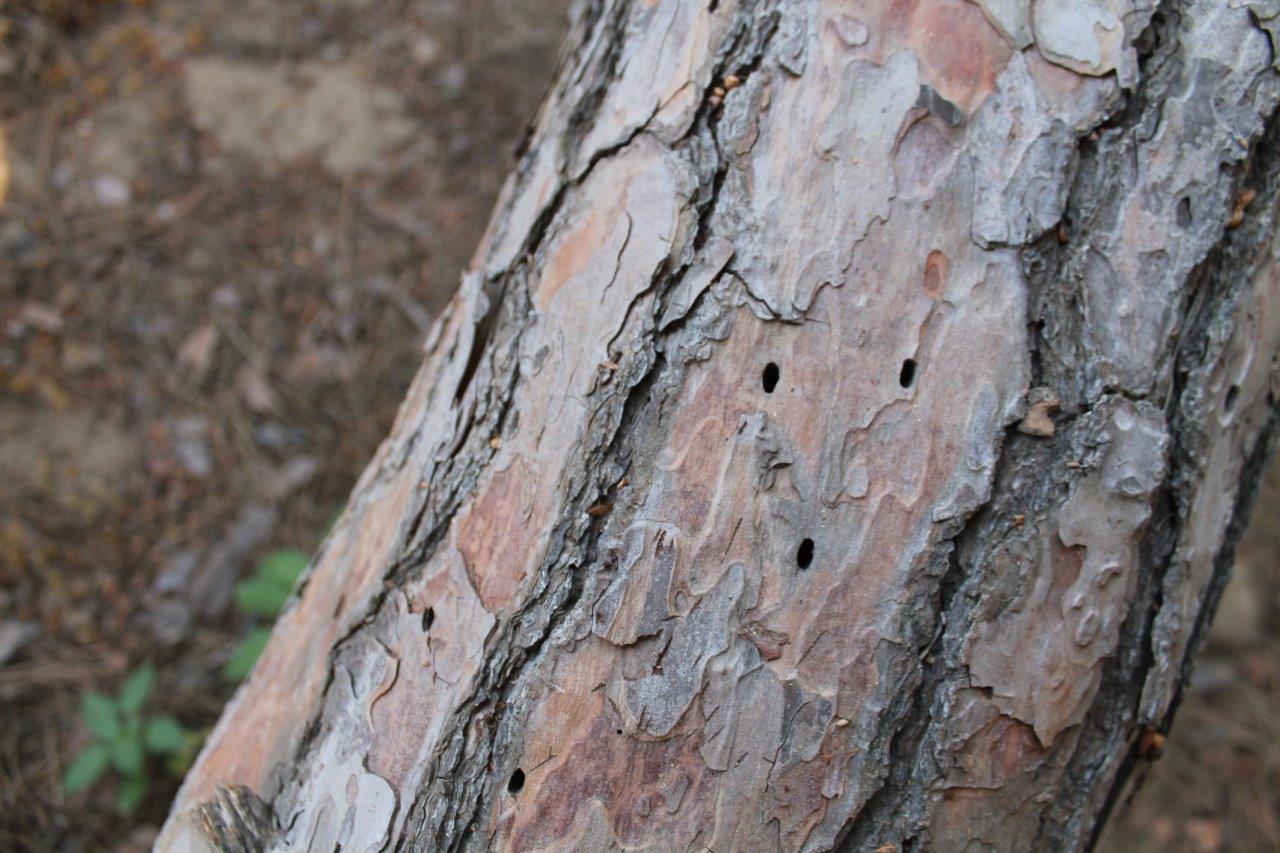 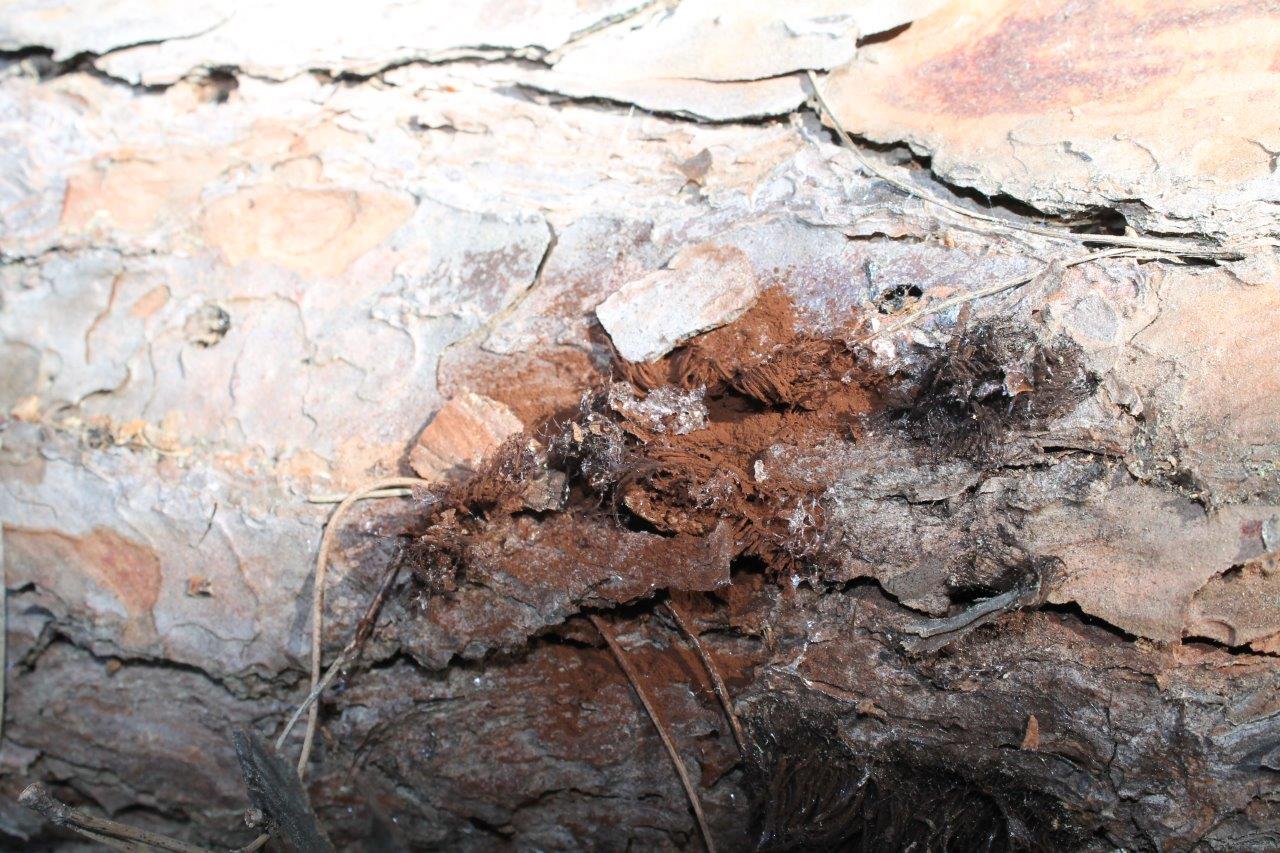 has got into the beautiful La Adelfa dune area in Bahia de Marbella, attacking the 52 pines we planted there 14 years ago.

ProDunas cut out all the branches where the caterpillars had spun their nests and Marbella Town Hall staff thoroughly fumigated all the affected areas.

Our most SINCERE THANKS to the team for the speed with which they fumigated. If we work together like this, we can take care of the health of the pines in this dune area. 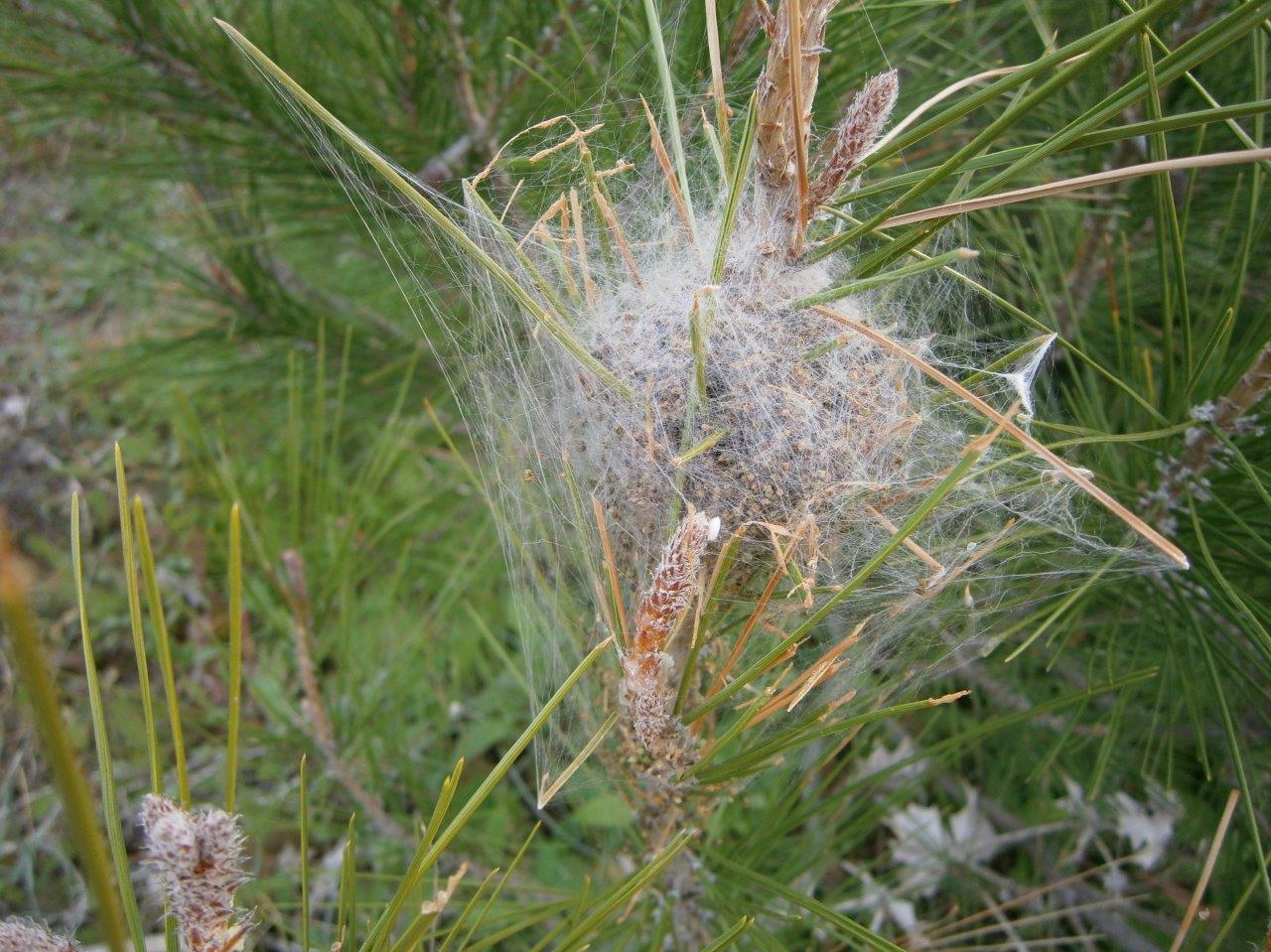 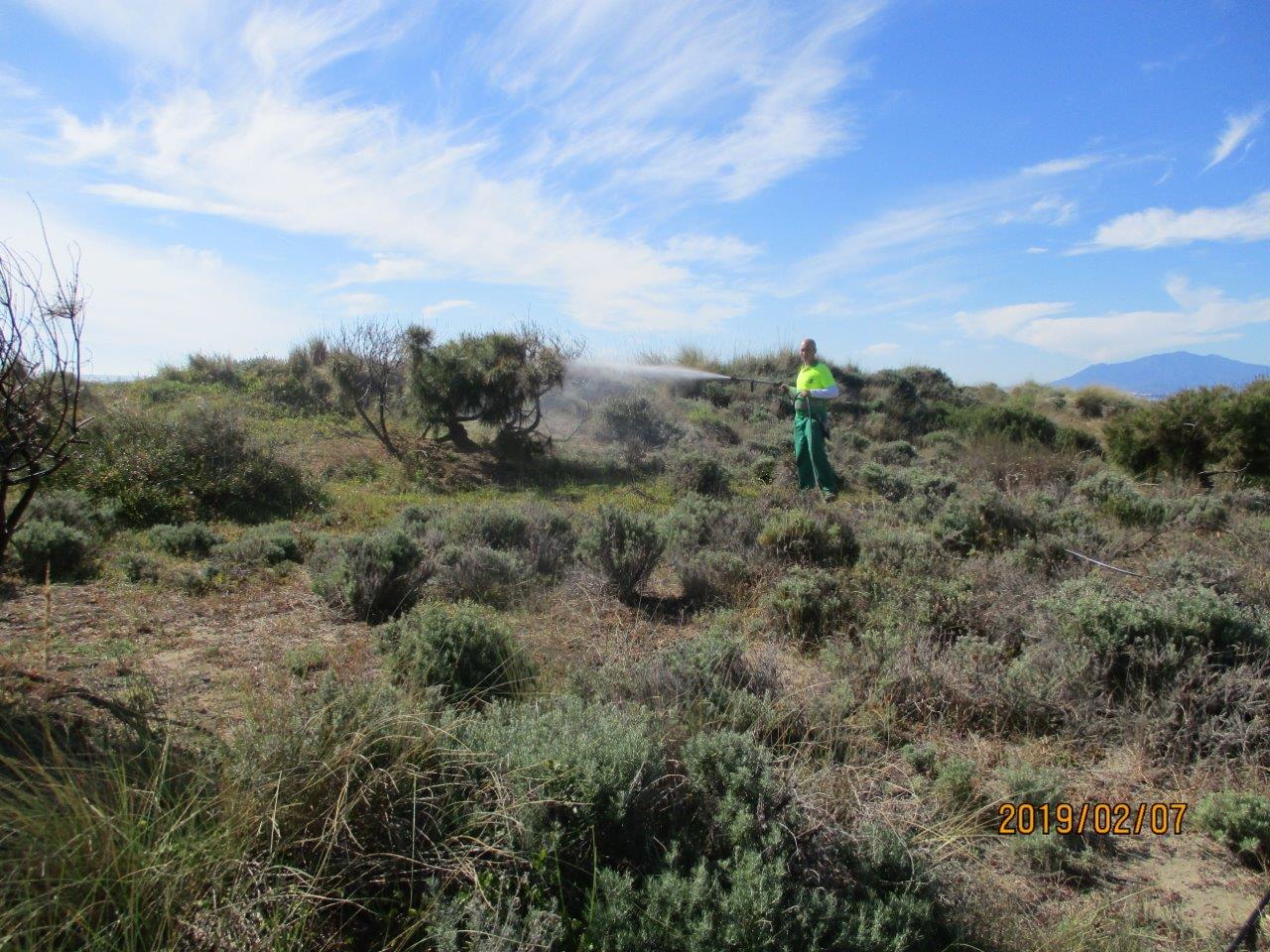 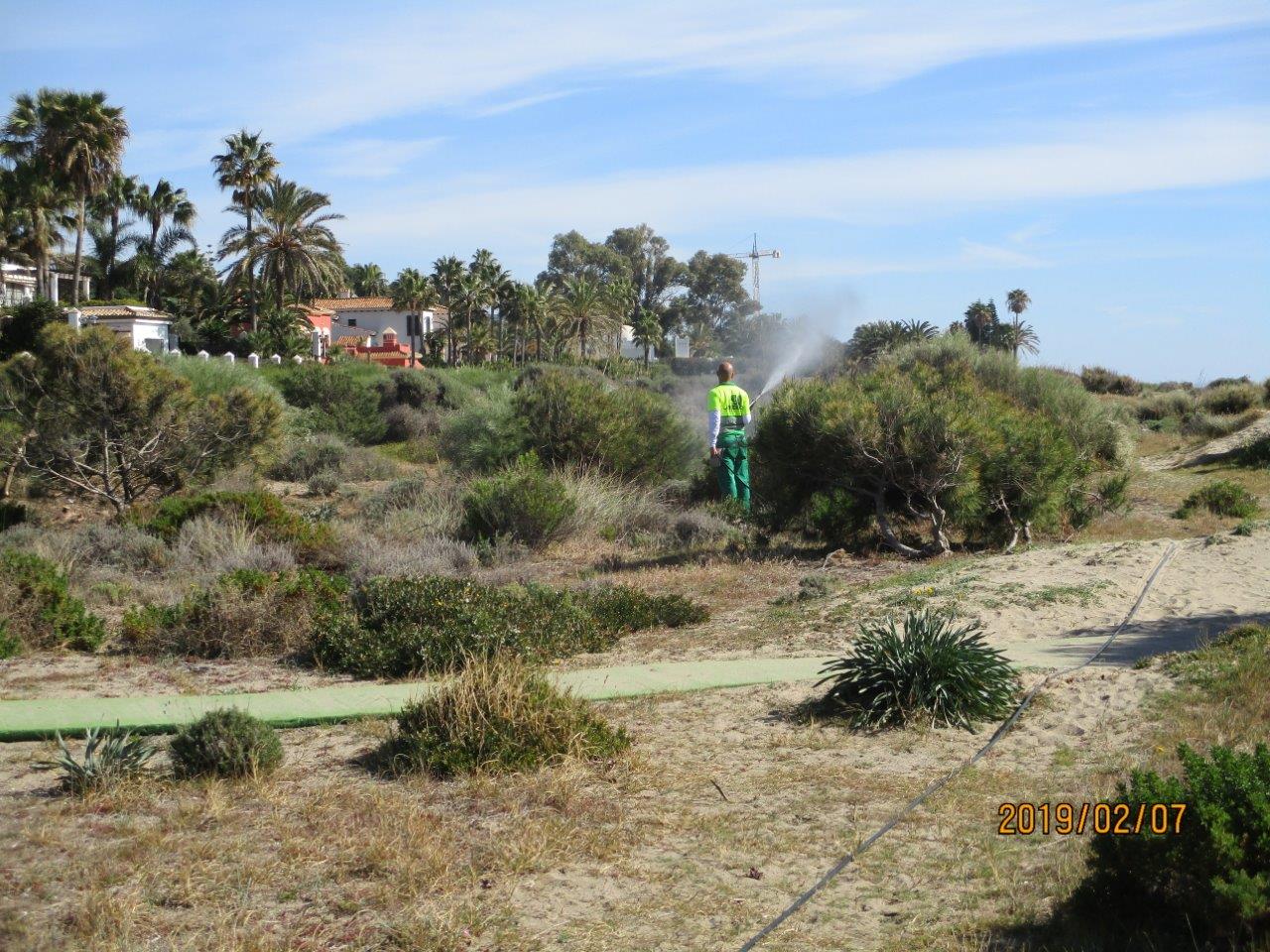 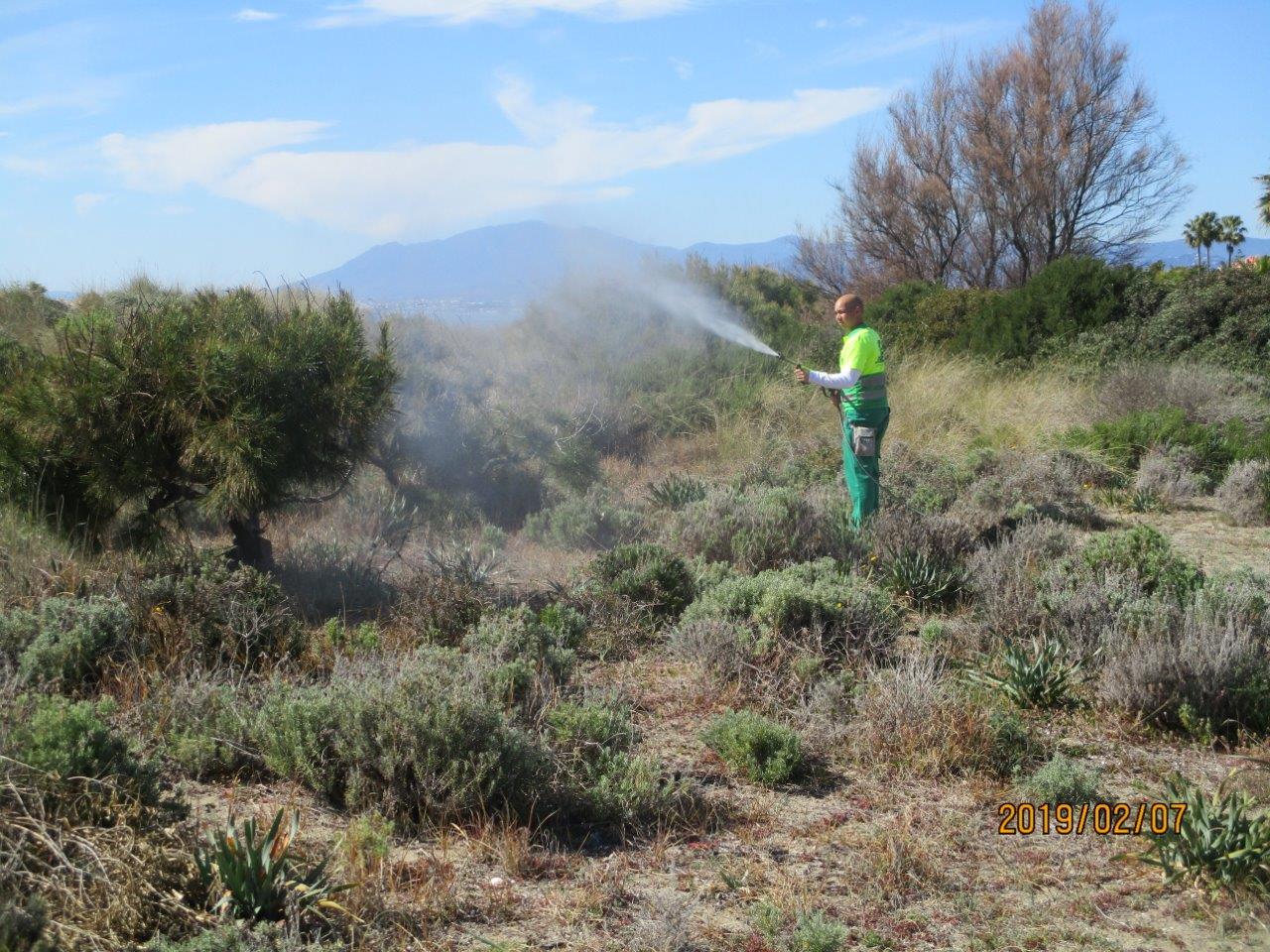 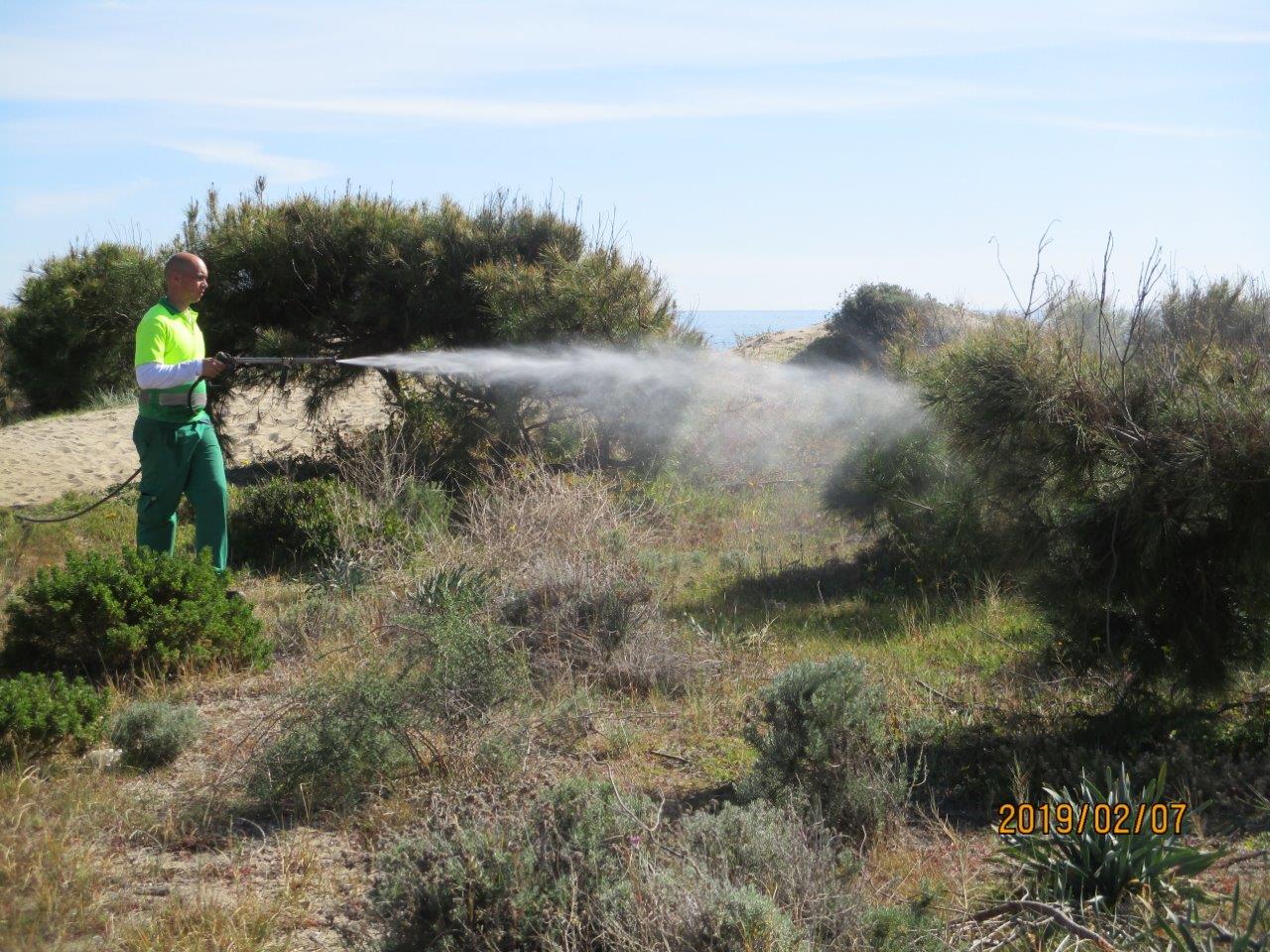 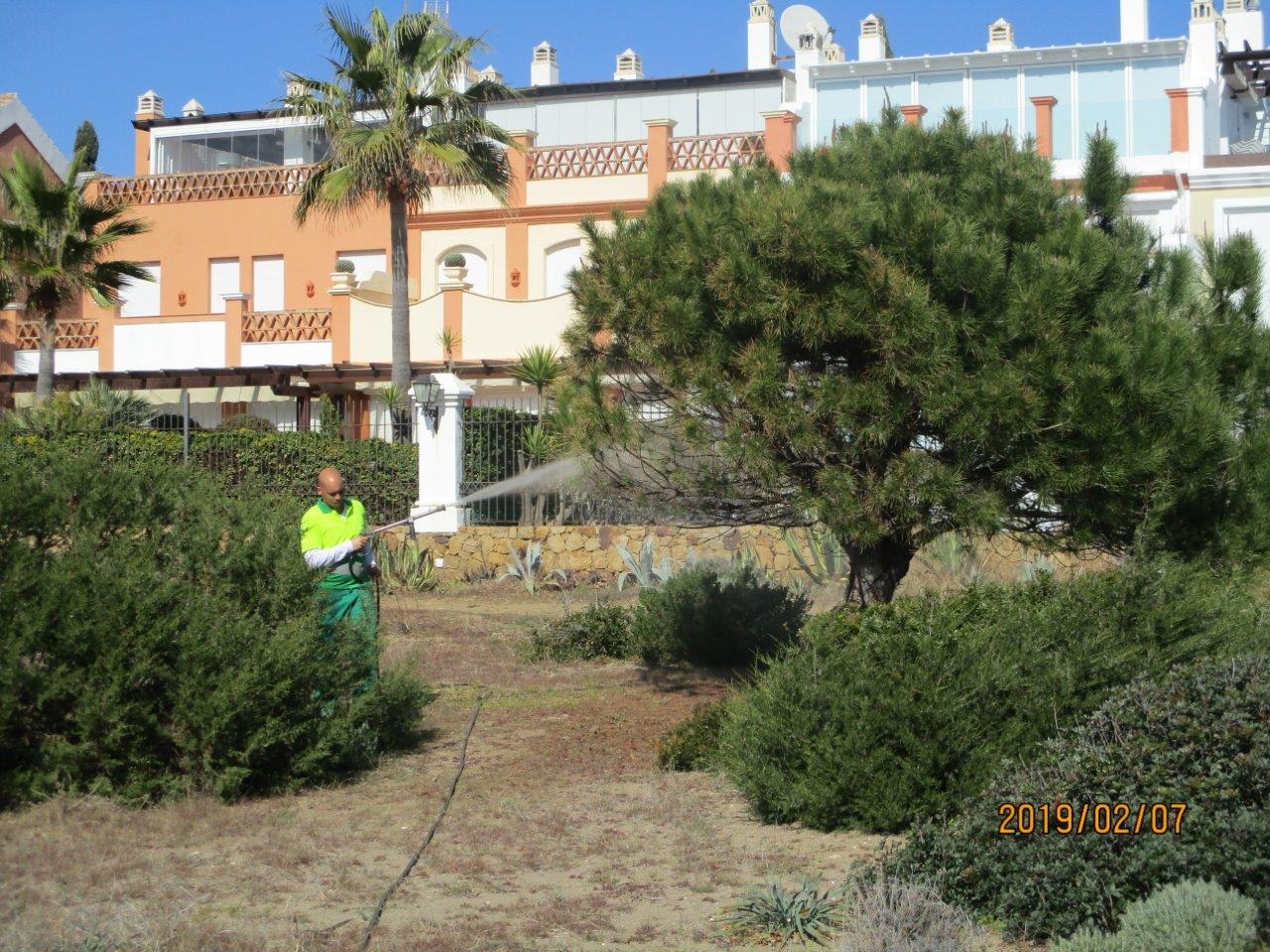 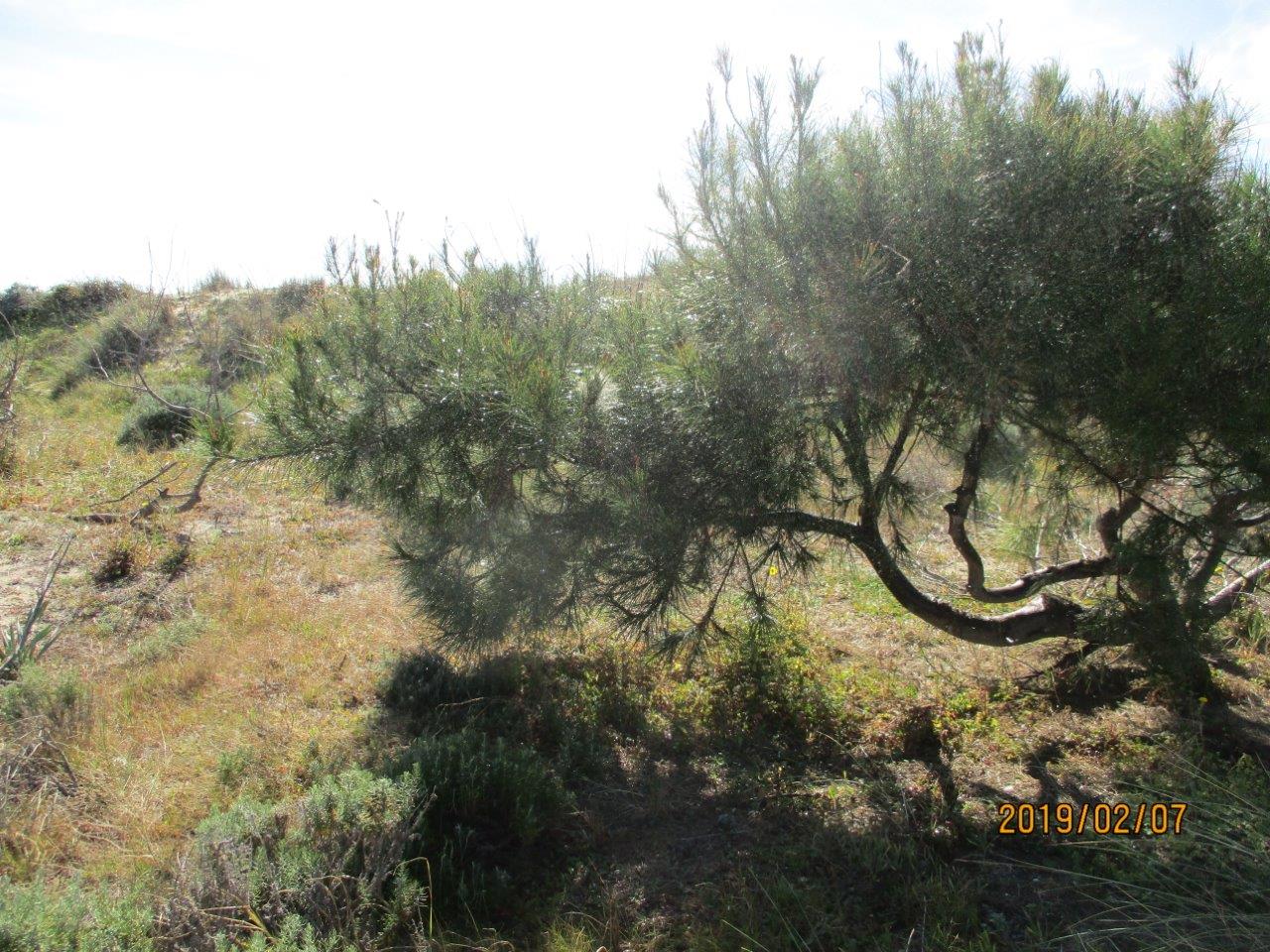 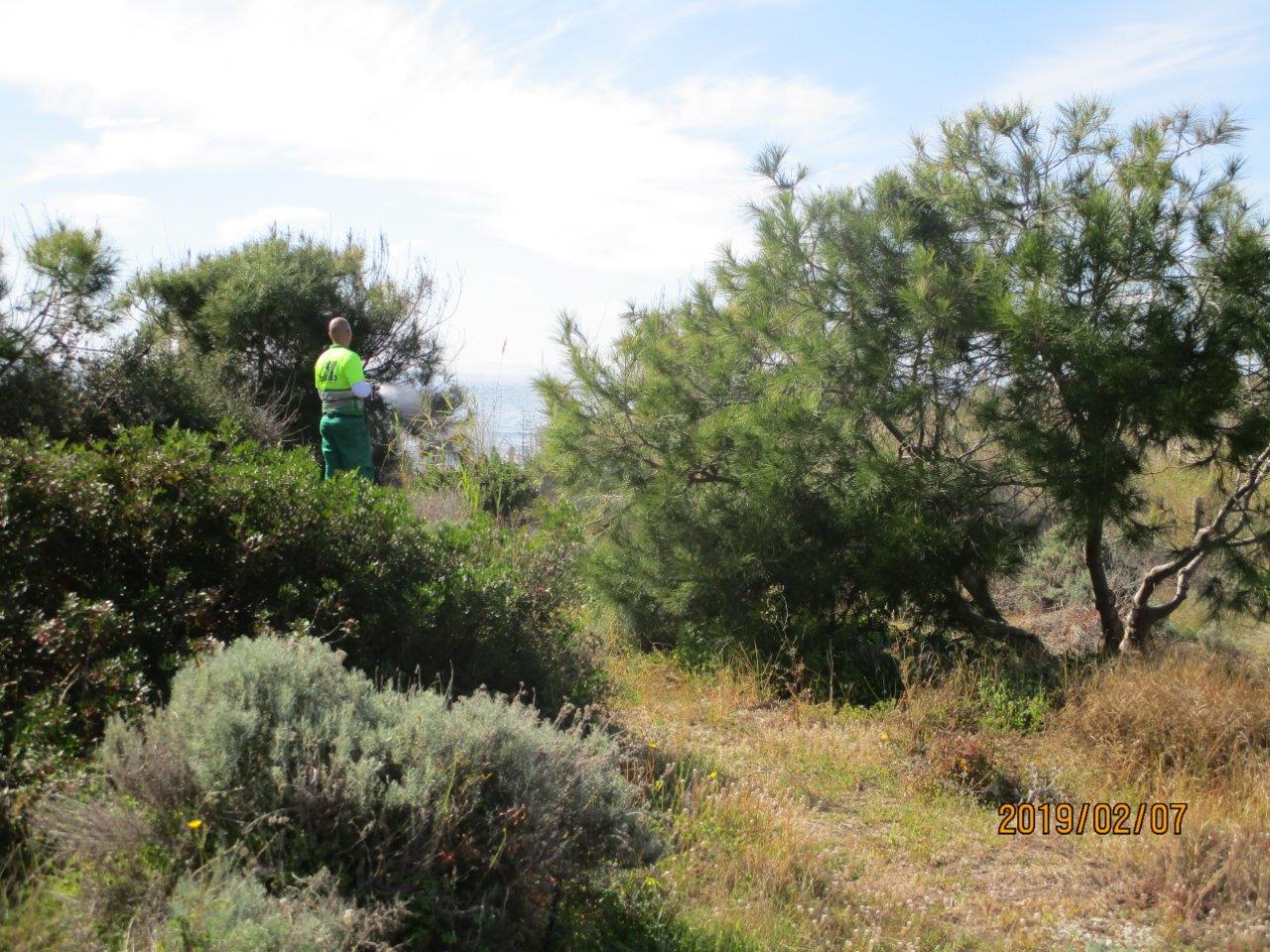