What is that perfume? A walk through the Artola Dunes

A bouquet of roses, the smell of a refreshing shower after a sunny summer day, a fresh sea breeze… who is not fascinated and excited by the multitude of fragrances that surround us in nature? They bring back memories, make us curious, make us breathe deeply, or when they are very strong, we walk around them to avoid them – and probably, reactions to smells are as diverse as the people who perceive them. Smells are the language of nature. They are caused by an interaction of chemical molecules with the receptors of the olfactory epithelium in our noses. They are communication tools between living things that have been tested effectively for a long time in evolution. The language of nature? You may wonder what a flowering plant wants to tell us? Well, this language is not directed at us, but at the plants that are growing nearby. Or at insects. Or at animals that share the plant’s habitat. These fragrances contain messages that serve to defend the plants, perhaps invite symbiosis, attract insects and – most likely – work as a vehicle for the exchange of information between species. Science is just beginning to dive into the secrets of this chemical language. But, what do we smell when we walk through the Artola Dunas? Could be it’s a Sea Daffodil which blooms in high summer. It can grow up to 60 cm tall, although its roots can go down to 140 cm into the sand! Even if it finds a suitable habitat in the dunes, the Sea Daffodil is unfortunately on the endangered species list [1], because it is picked by passers-by or inadvertently trampled on.

A few years ago, a group of researchers studied the fragrance repertoire of the Sea Daffodil (Pancratium maritimum), collecting fresh flowers from the Tunisian dune region and analysing their volatile chemical compounds [2]. The results: the flowers contain a large amount of hydrocarbons, which for example contain 28 carbon atoms and therefore can have a waxy consistency. These semi-firm biomaterials stabilise the plant against strong winds and abrasive sand grains, and protect the flower against drought, as well as against the dazzling sunlight on the dunes [3]. Along with these hydrocarbons, palmitic acid was also found, a component of fat, which can be found in animals, plants and humans. Its main function is energy storage. You may have heard of “Palmin”, you may even have it in your kitchen! Yes, the well-known frying fat gets its name from coconut oil, which contains palmitic acid. Why does the sea lily store palmitic acid in its petals? Well, hydrocarbons and palmitic acid help to defend plants against parasites [4]. However, the aforementioned components are also important for the chemical communication of plants, since they store as hydrophobic carriers the fragrances which the sea lily uses to contact other organisms in its environment. What does the sea lily want to say? And to whom? So far we don’t know. But according to the aforementioned study, the Sea Daffodil releases various scents that even we humans, with a relatively weak olfactory sense, can perceive. Within its aromatic repertoire there are mainly two esters and two alcohols. The first ester is benzyl benzoate. It is a substance with a wonderfully sweet and floral perfume, which is also produced by the cinnamon tree (Cinnamomum zeylanicum) and by other species of plants, which, together with other substances, constitute the perfume characteristic of blueberries. This ester has a disinfecting effect and in concentrated form can be used, for example, as a medicine against a mite infestation. Another fragrance from the petals of Pancratium maritimum is phenethyl alcohol, whose scent we know from hyacinths, carnations and geraniums. This molecule is also the main fragrance of rose oil which is why we recognise its perfume from countless perfumes and soaps. You probably know this fragrance also from a food we esteem highly:  honey. An exercise for you: try to describe the aroma of honey. You will find that it reminds you of roses! By the way: this alcohol also has a disinfecting effect. Finally, we come to the third main component of the aromatic repertoire of the Sea Daffodil. It is the chemical compound (an ester) linalyl acetate, with a fresh and sweet smell. After what you have already read, it is surely no surprise that you realise you recognise this chemical compound, because linalyl acetate is the main aromatic component of lavender. Linalyl acetate is found in the south of France in large quantities by distilling the petals of lavender. Small amounts of farnesol, whose perfume is reminiscent of Lily of the Valley, complete the specific aromatic repertoire of the Sea Daffodil. Farnesol is a well-known pheromone among insects, and this is probably why it is produced by Pancratium maritimum. This compound attracts mosquito larvae [5] (Chironomidae) and honey bees (Apis mellifera L.) [6] and is used by male bumblebees (Bombus sp .; Psithyrus sp.) [7] as a signalling odour. In total, the group of researchers managed to identify 18 different substances in the petals that contribute to the flower’s perfume.

There are still many things about the Sea Daffodil to be investigated, because it contains many substances that do not have any odour as they are not volatile. Within this category are alkaloids, which can be found in the roots or petals of Pancratium maritimum. Alkaloids not only possess complicated and interesting structures, but also show positive reactions in the fight against various diseases such as cancer or infectious diseases. This is a subject which the author of these lines would like to tell you about on another occasion. For now, I would like to close this reference with a comment: the Sea Daffodil, like all plants, is a wonder of nature, full of interesting molecules, but still full of secrets regarding its relationship to their communication with neighbouring plants, insects and other animals living in the dunes. 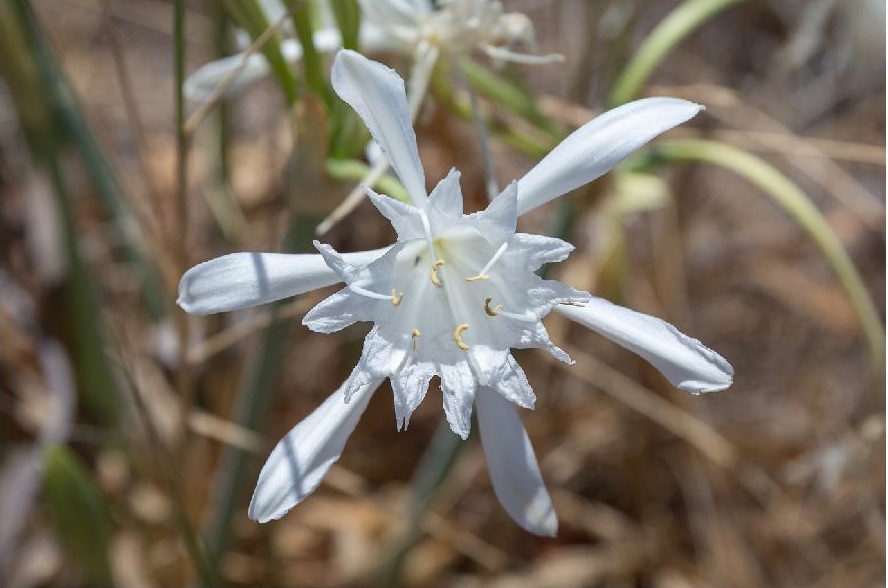 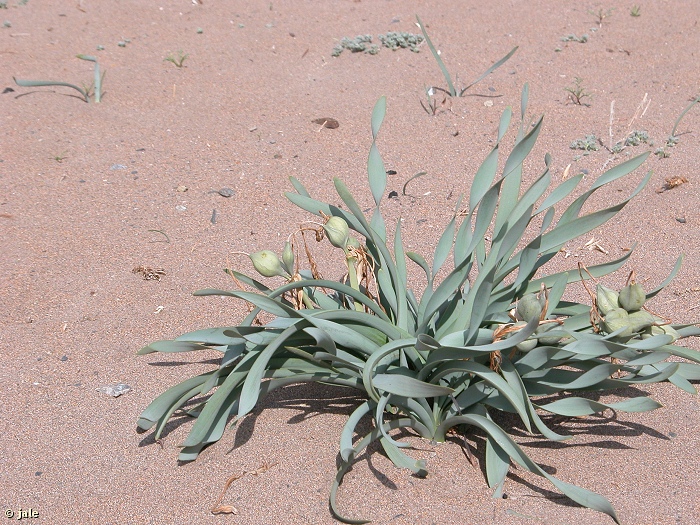 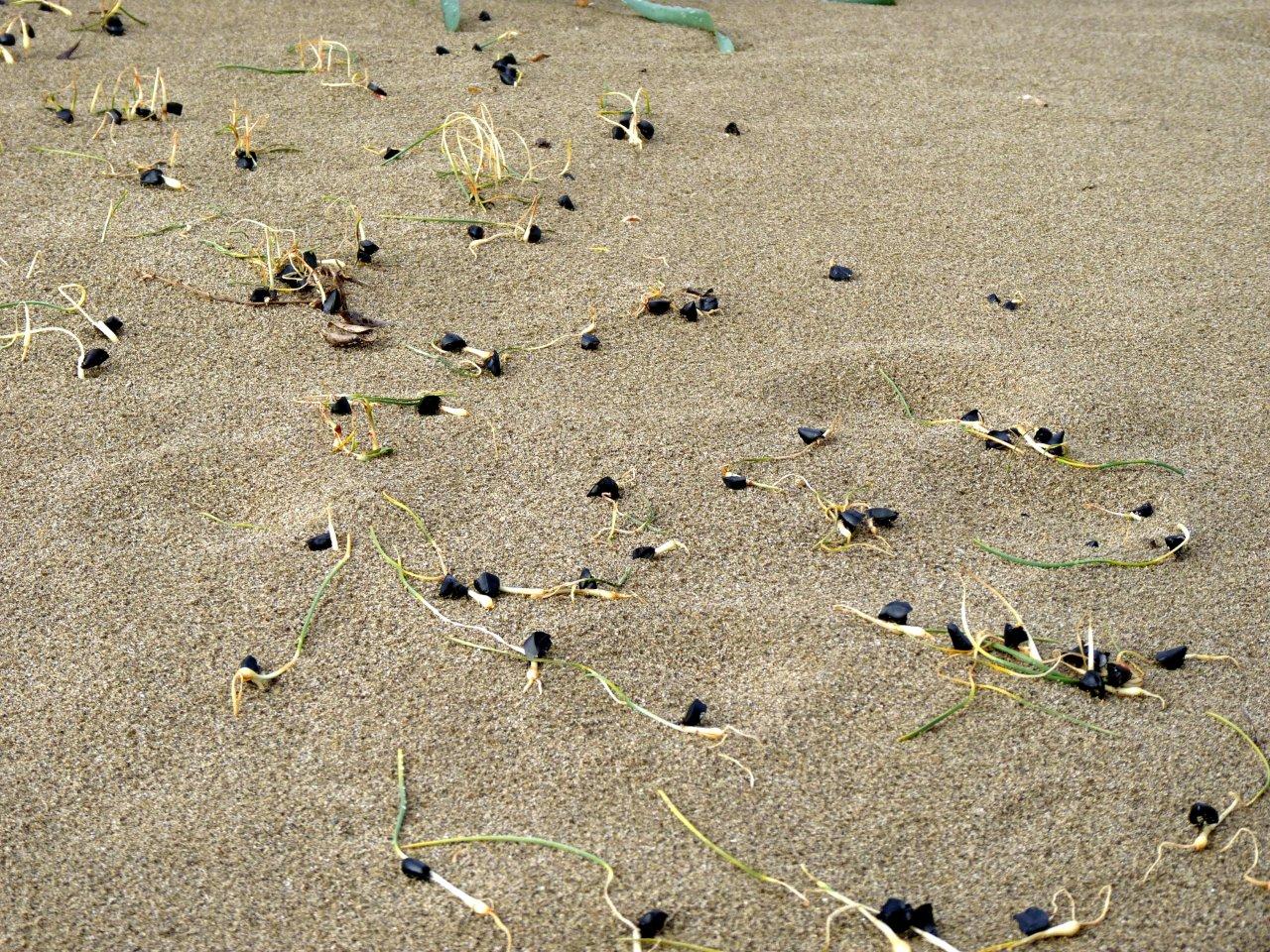 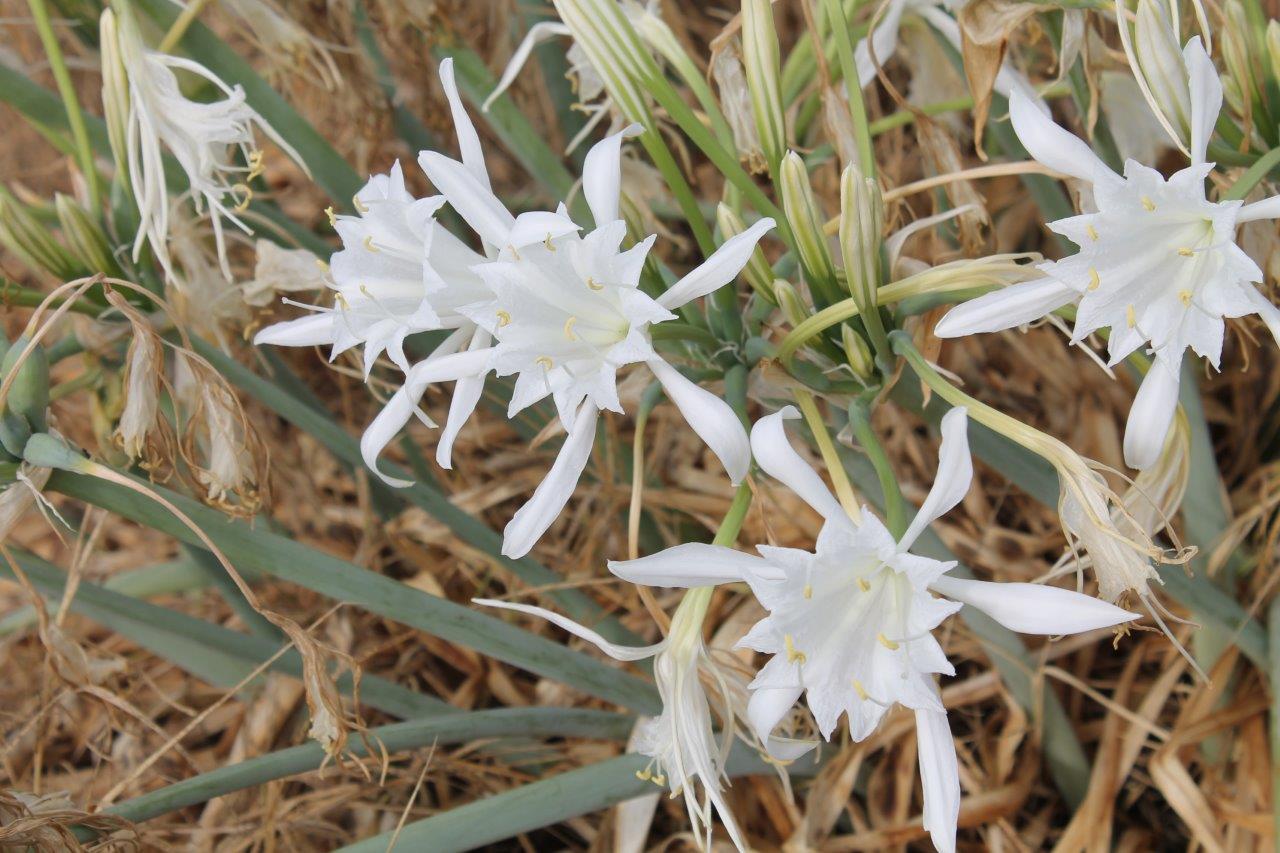 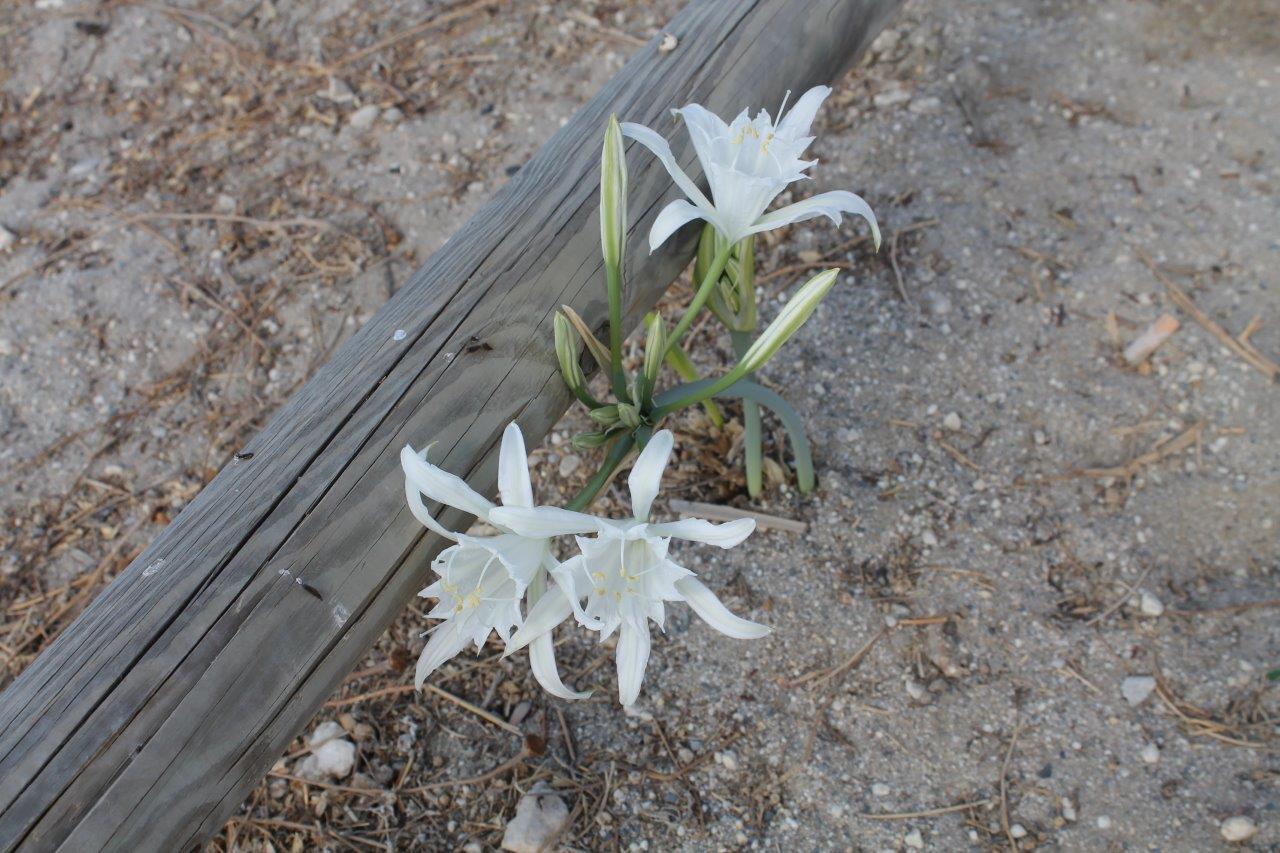 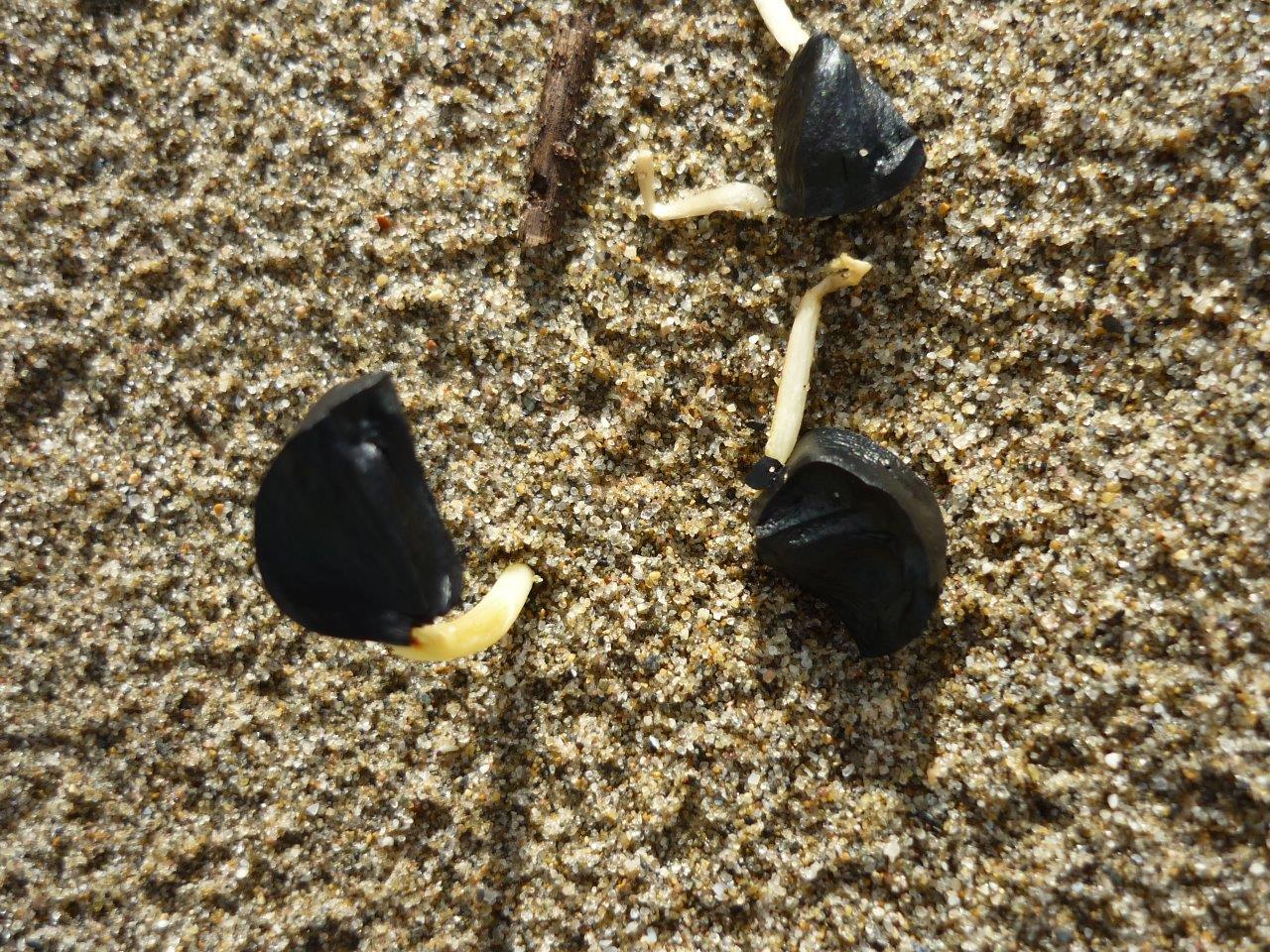 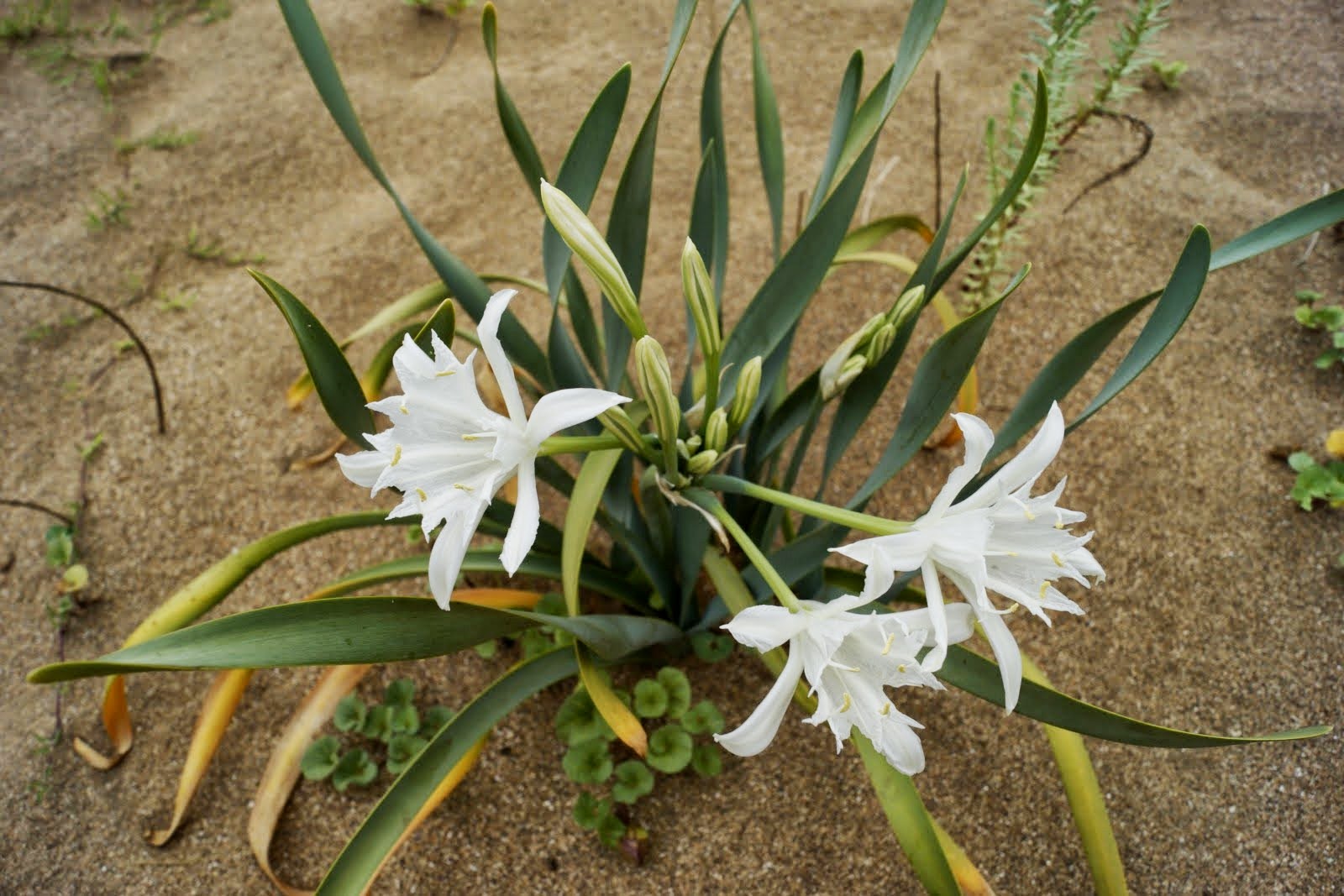