Spain is undergoing an increase in the frequency and intensity of the phenomena of Isolated Depression at High Atmospheric Levels (known in Spanish as DANA), and that, as the map shows, coincides with the areas of maximum coastal urban development.

Why? Because where the original coastal landscape should be, it has been replaced by a very built up one, which produces a localised rise in temperature. This prevents the free circulation of the mass of hot and humid air coming off the sea which should reach the interior where it would cool down and fall as rain. Instead, it collides with the urbanized area, rises, condenses, and forms cloud masses that discharge large volumes of water in a short time period.

In the past, the dune system of Marbella cushioned the DANA and the rains reached the interior. Today less than 10% of the original dune area remains and the urbanized areas cause rain to discharge intensely on the dunes, destabilizing their structure and that of the beaches.

ProDunas is reforesting the dune areas to reduce the impact of this coastal mass of hot air and thus mitigate the DANA phenomenon.

Because of their important ecological function we beg you to respect all the newly growing and developing indigenous plants. 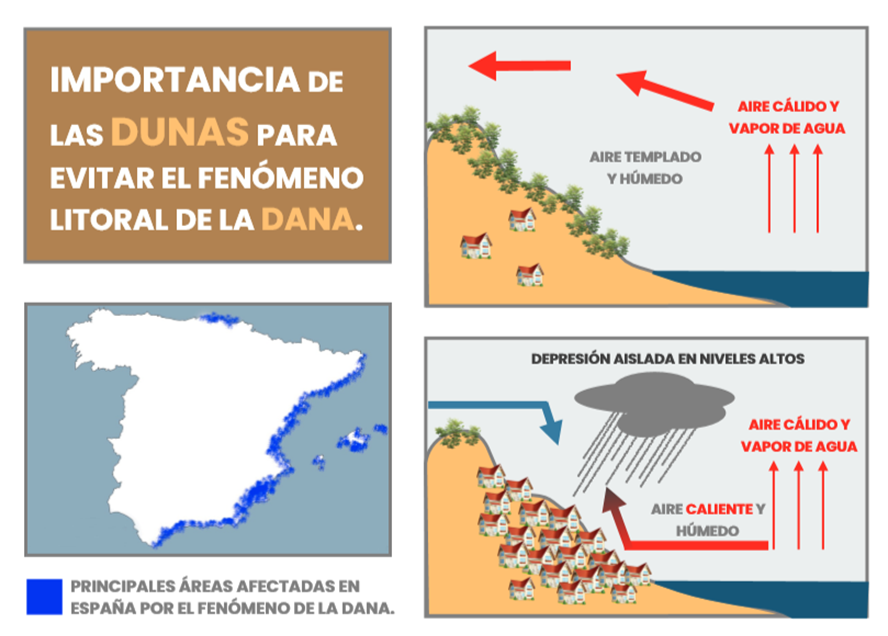 We are honoured to inform you that ProDunas presented Fulgencio Díaz, Hidralia’s Manager on the Western Costa del Sol with a very special art work donated by Rini Antonissen, the renowned painter.

“In Marbella: We have received a canvas from the #ProDunas Association in gratitude for working with them.

The canvas, by the painter Rini Antonissen, represents the force of the sea and serves as recognition of the struggle that both our entities are carrying out in the fight against #Climate Change”. 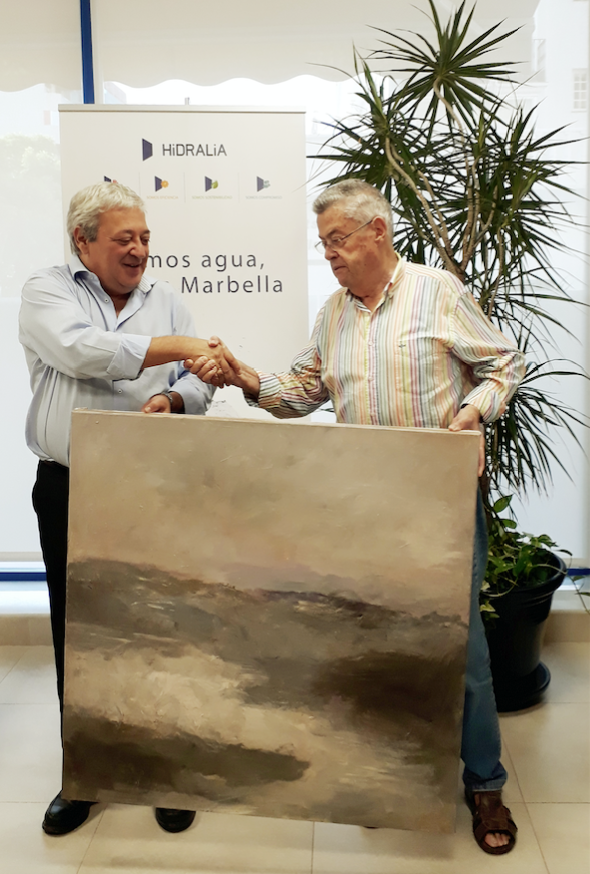 FROM ANOTHER POINT OF VIEW

When you do an underwater cleanup is when you realize what happens in silence, under the ignorance of the general public. Why? Because it does not look. And what you don’t see doesn’t worry, it doesn’t matter, it doesn’t exist.
That is why we have taken the opportunity to bring to light the incredible and devastating reality of the seabed and the omnipresent problem of microplastics and cigarette butts. We would wish that the only thing we had to worry about was broken glass or a few cans.

The reality is very different and discouraging. It is urgent to spread it and remedy it. Experts say there is no going back. There is not a single ocean where there is no plastic. There is not an animal swimming in the sea that does not contain microplastics in any of its forms. Recycling is no longer enough. We are facing the result of marine erosion of a lot of plastic that was thrown into the sea decades ago. That is, first this would have to be resolved and then stop producing more plastic.

It is a tragic career where plastic already takes too much advantage. And as you can see in the images, marine life has to carry with such complicated waste to take out of the sea. You may not even see them in the images.

The most affected are fish by direct ingestion and invertebrates, which use the microplastic instead of shells and algae remains to camouflage themselves from their predators. Toilet wipes, sanitary towels, tampons, pieces of bags, bottle rings, nylon sedans, very small fragments of colored plastics, caps, hooks, wreckage, etc.

What could be sadder than diving deep down like this? Get out of the water and see how the fishermen from the breakwater do not even ask what we do, what we have found, or help us at least, on that day.

Beach users watching how the children do their homework to collect cigarette butts that they will throw later, teenagers armed with rods to steal a little more from the sea instead of releasing them and spending a day fishing for plastic. The problem is not plastic or garbage, but the human epidemic that looks otherwise uncomfortable, or blames others.

Note: the quality of the images is not ideal due to the sea conditions and the low depth at which they have been taken.

ProDunas is committed to a plastic-free world and has been working in this event with Marbella Rotary Club. 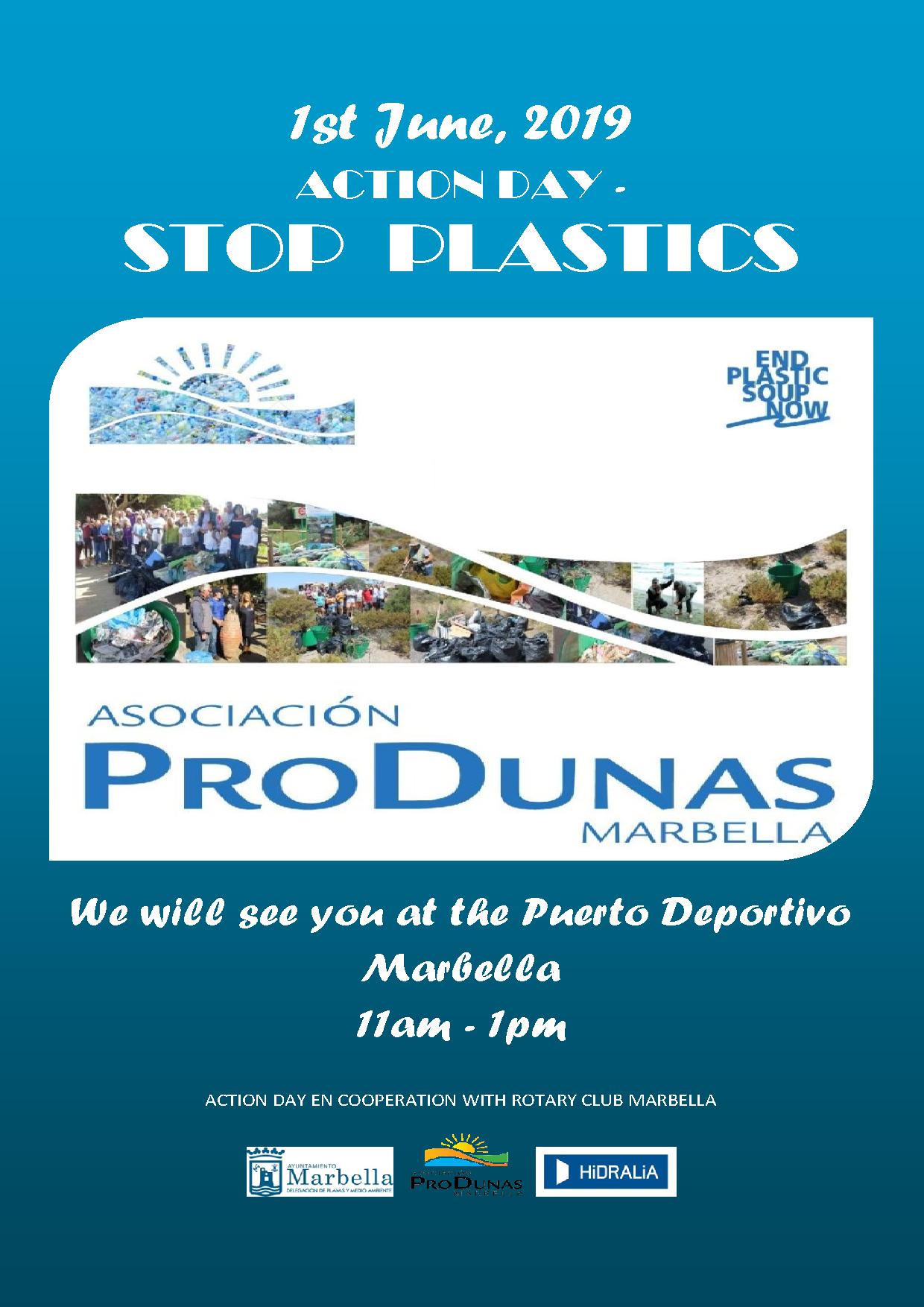 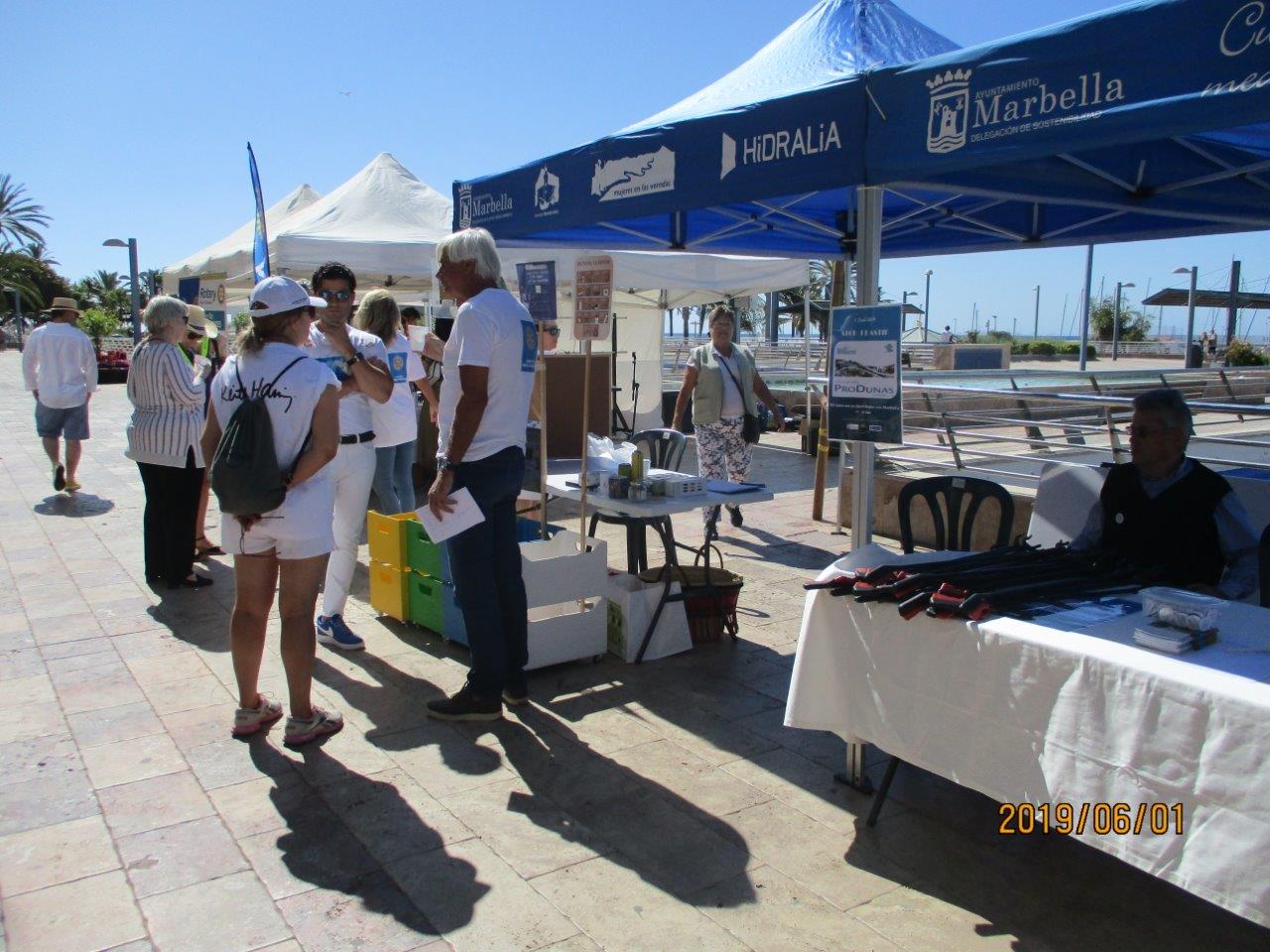 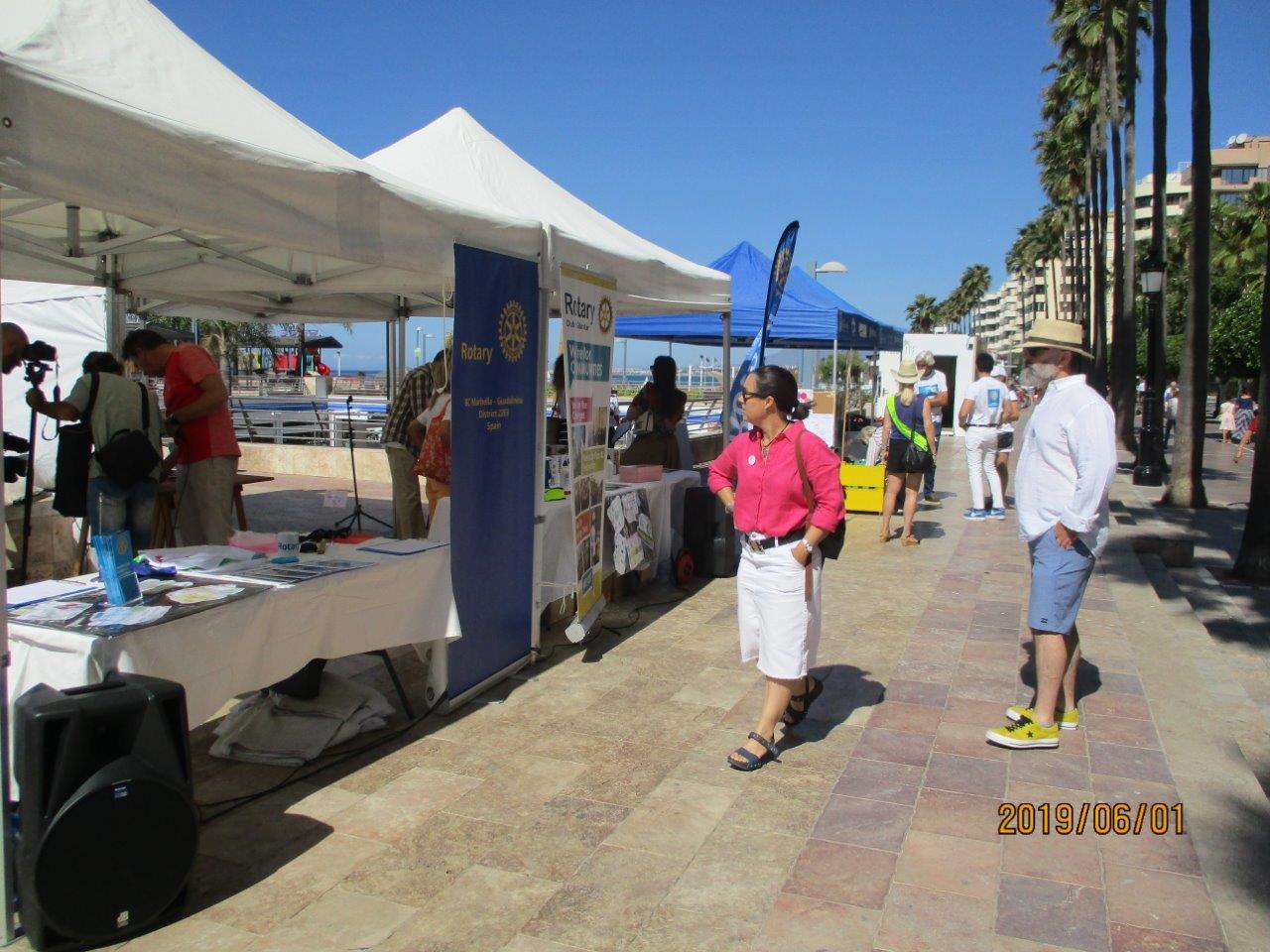 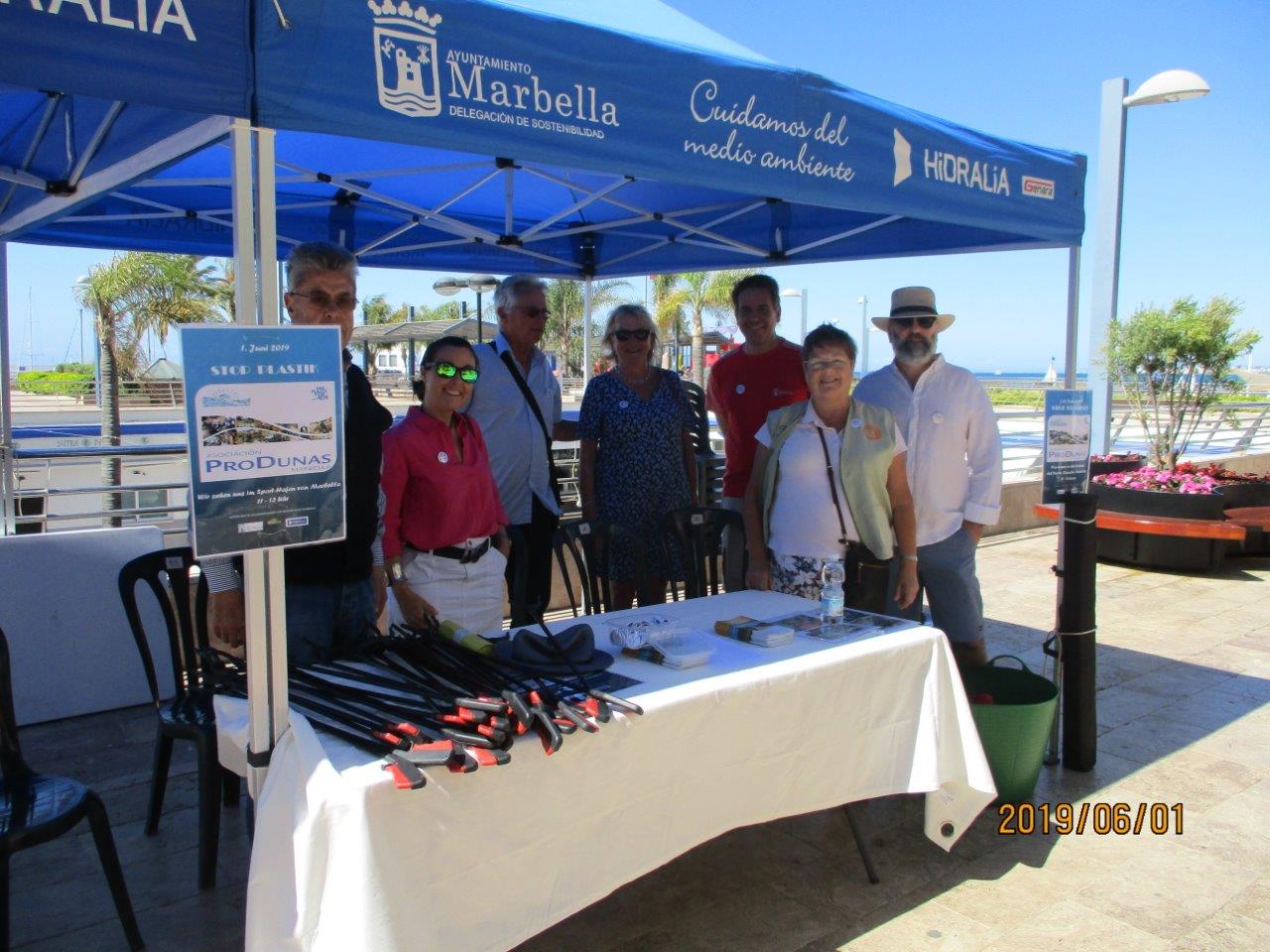 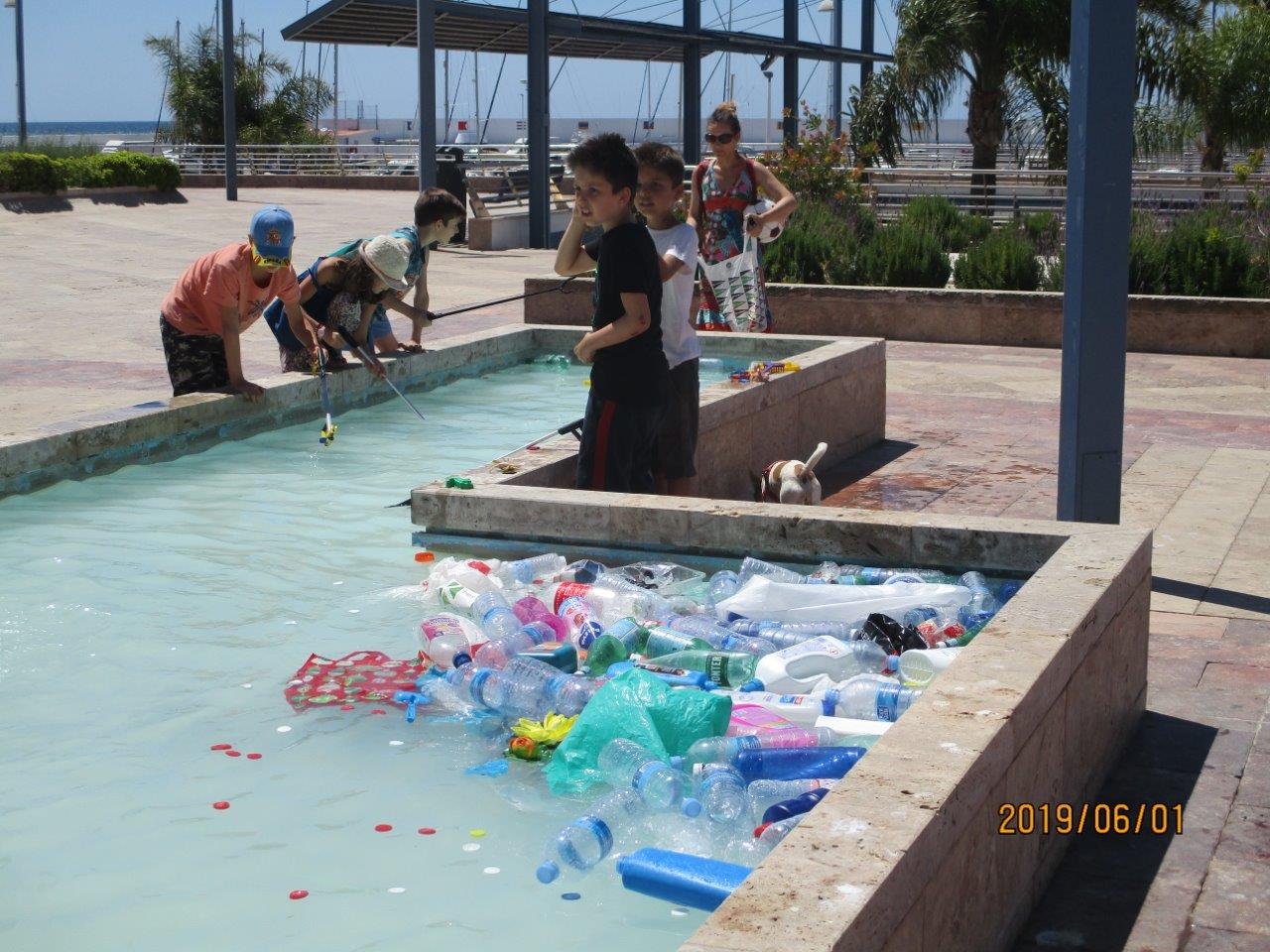 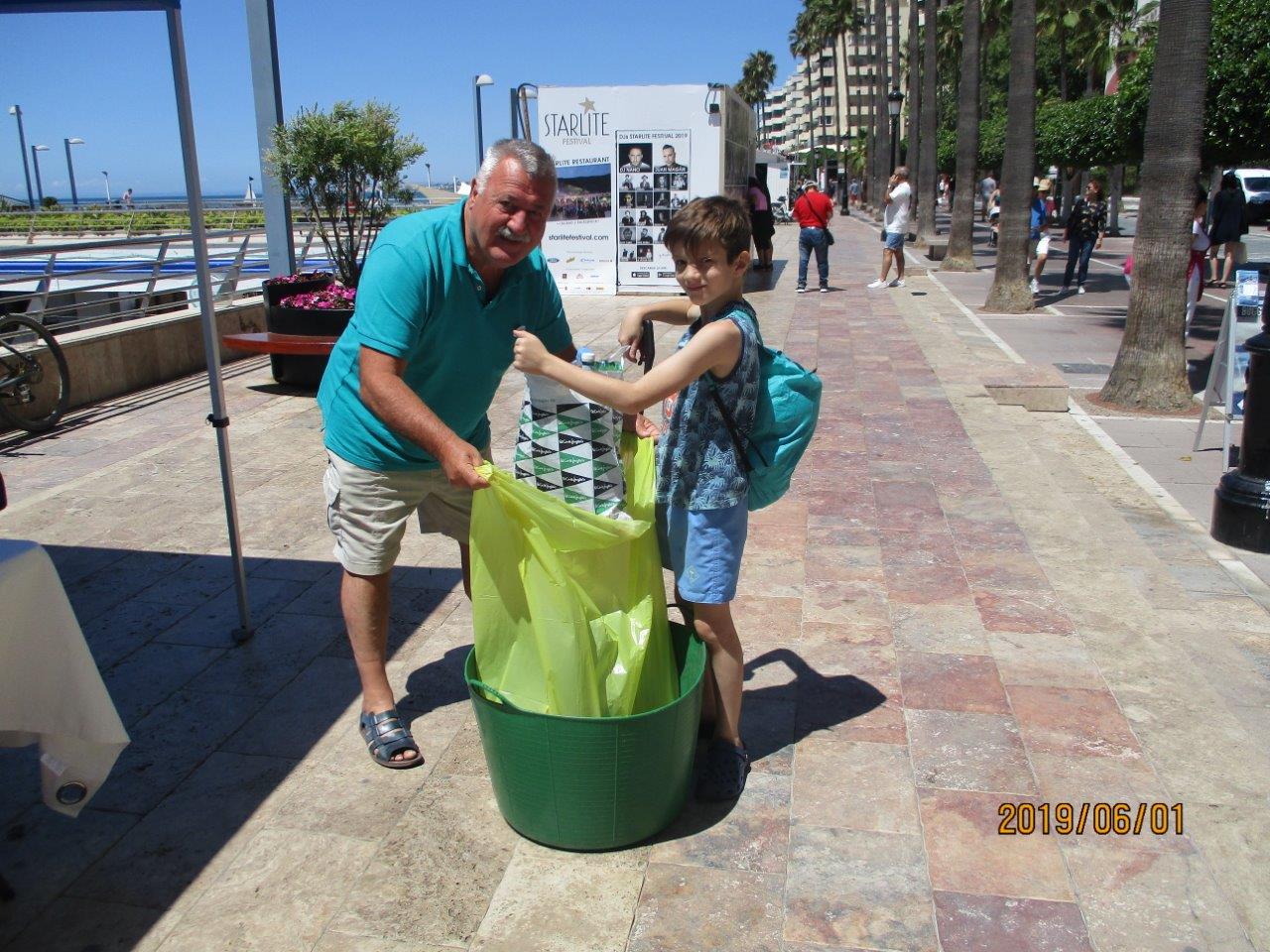 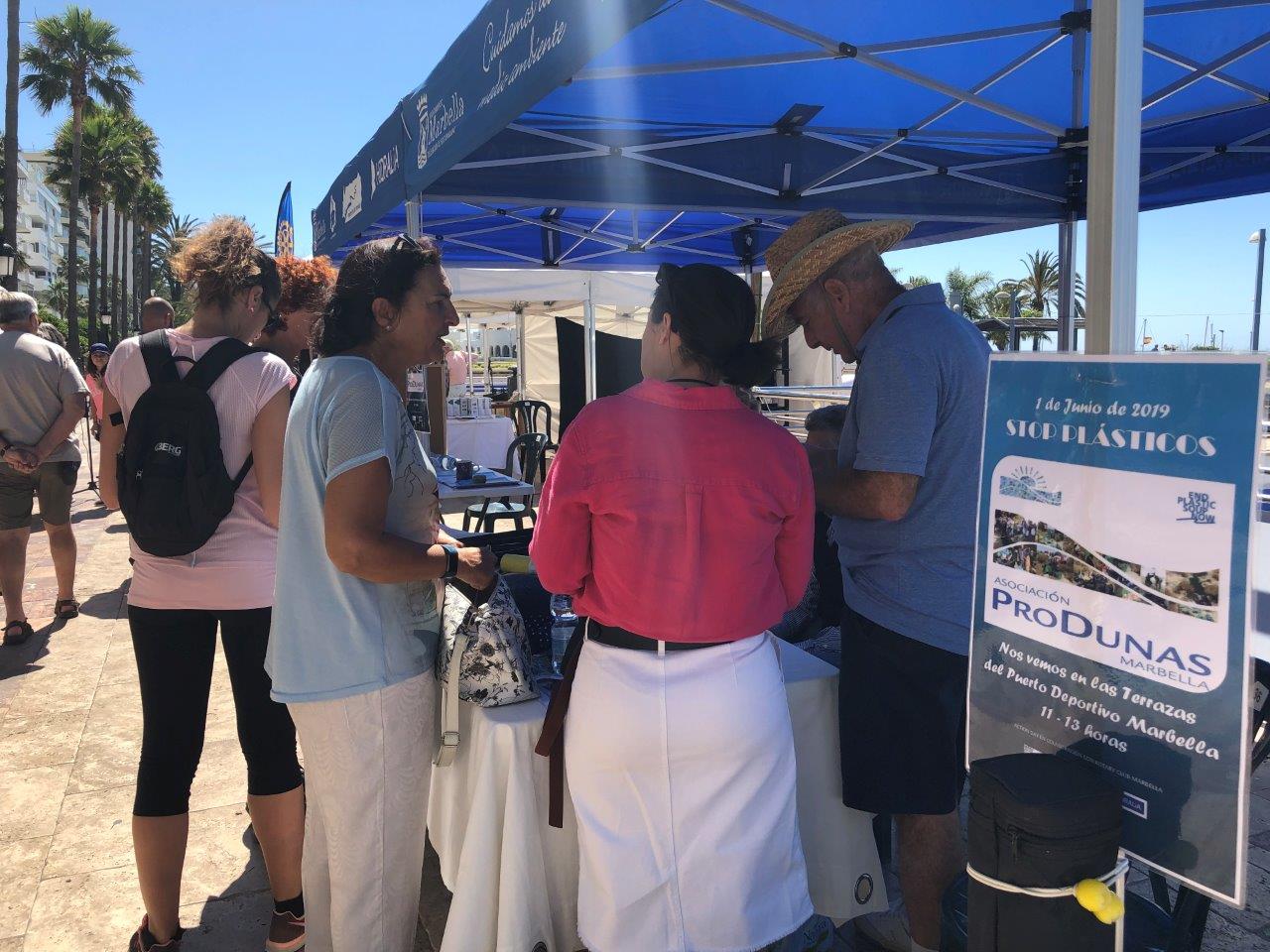 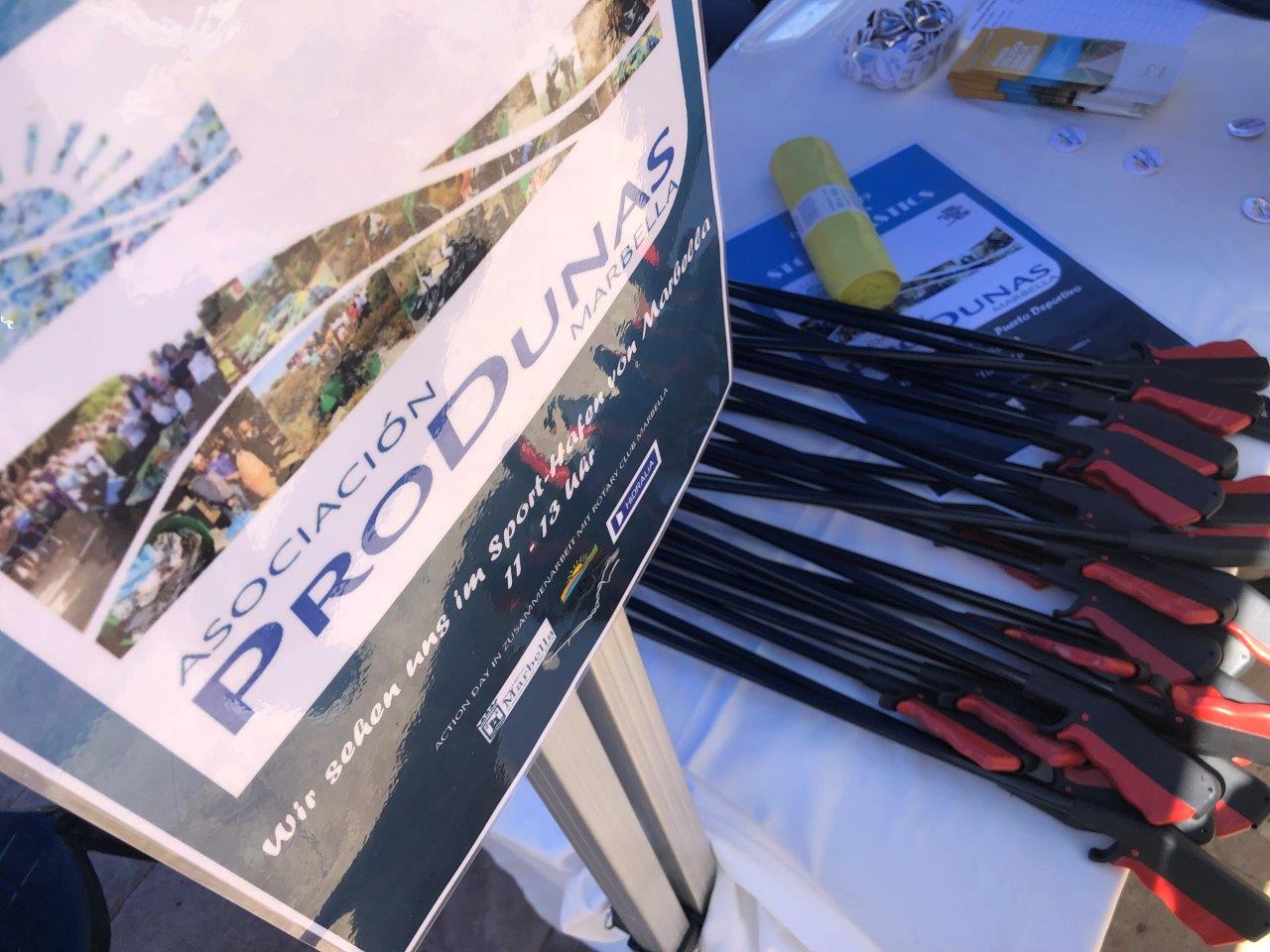 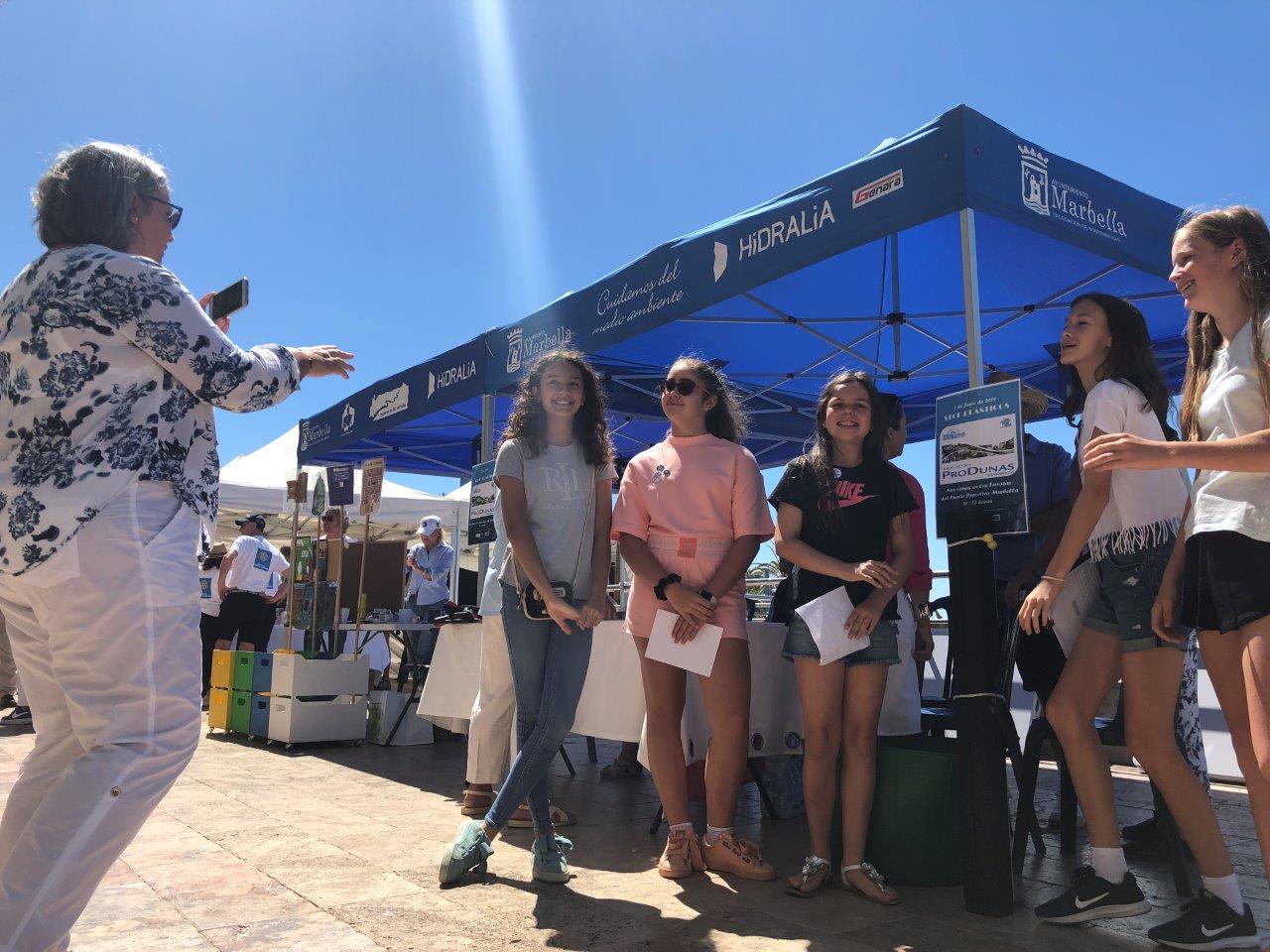 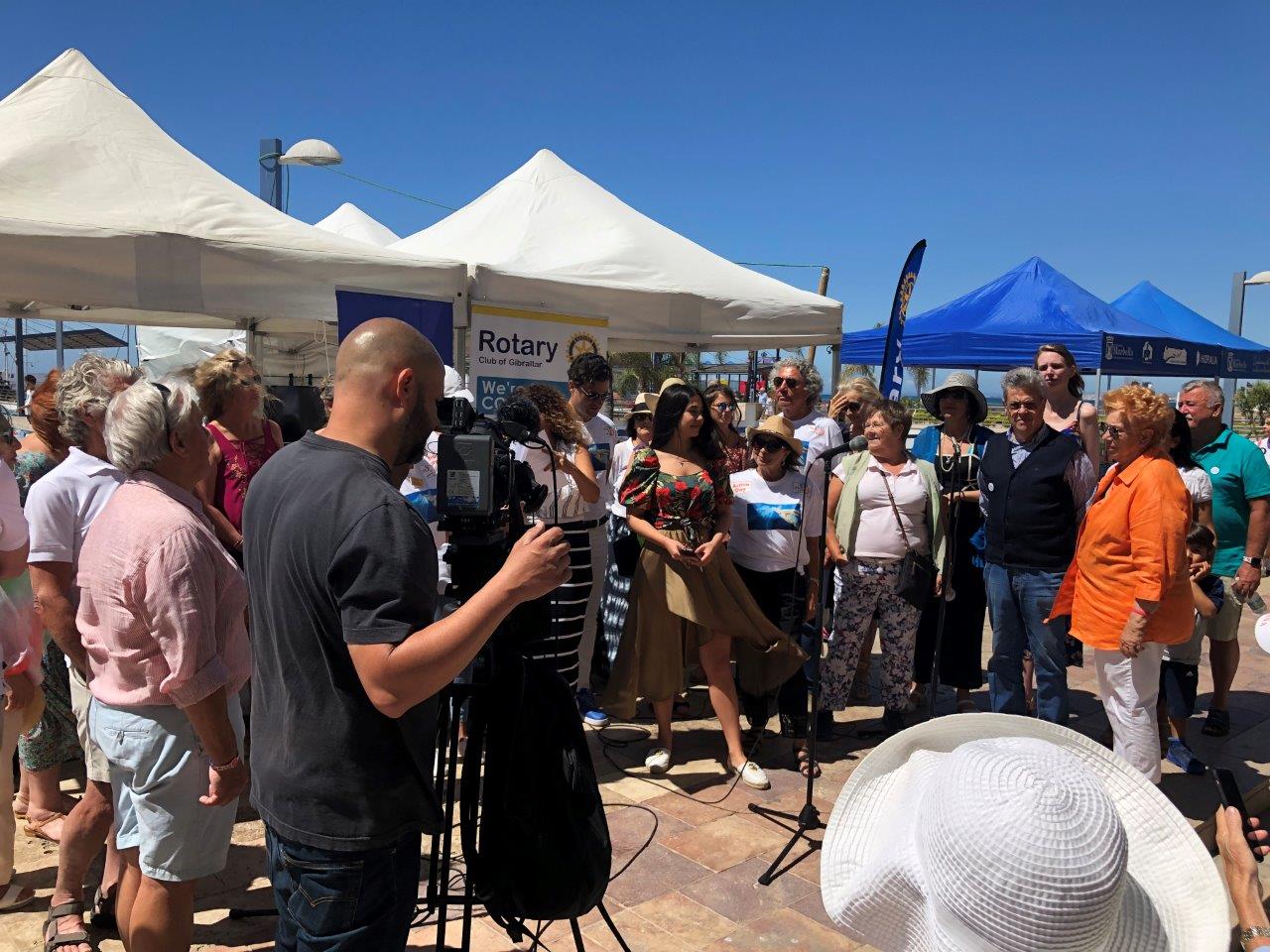 2019
CLIMATE CHANGE – the phenomenon that can no longer be denied

Our Association is fighting resolutely against climate change – this is why we have joined REDAC (Andalusian Network against Climate Change), which is sponsored by Hidralia.

Everything we do as ProDunas contributes  to the well-being of our planet. 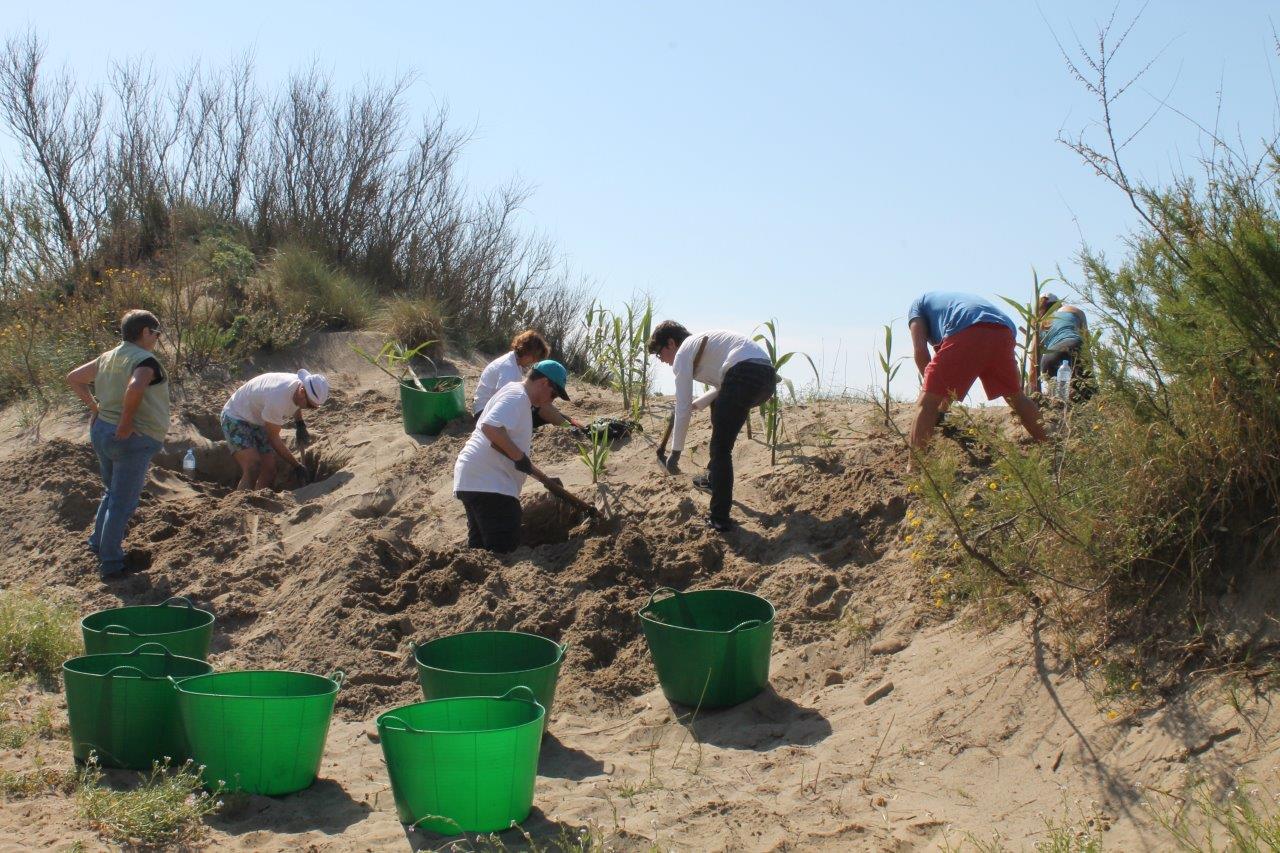 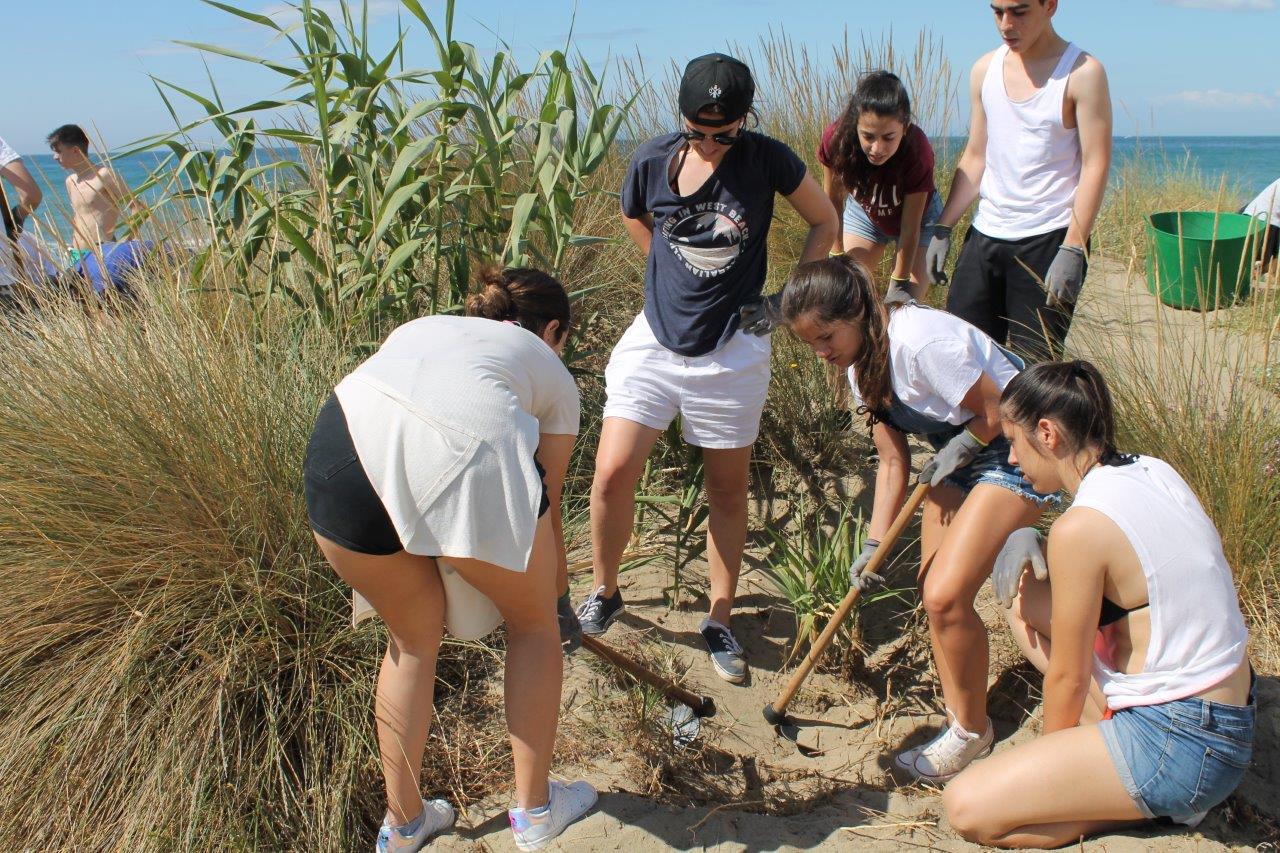 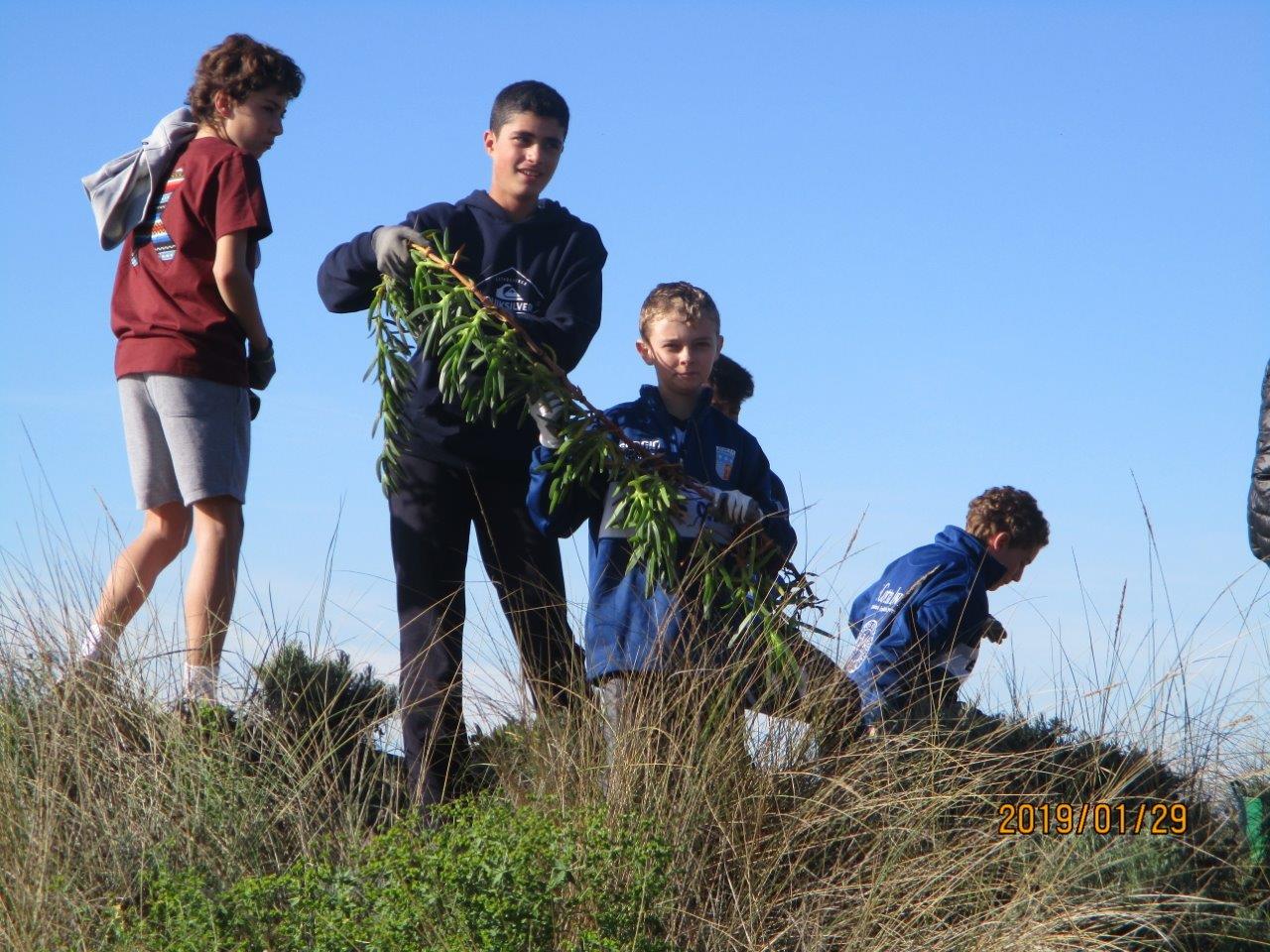 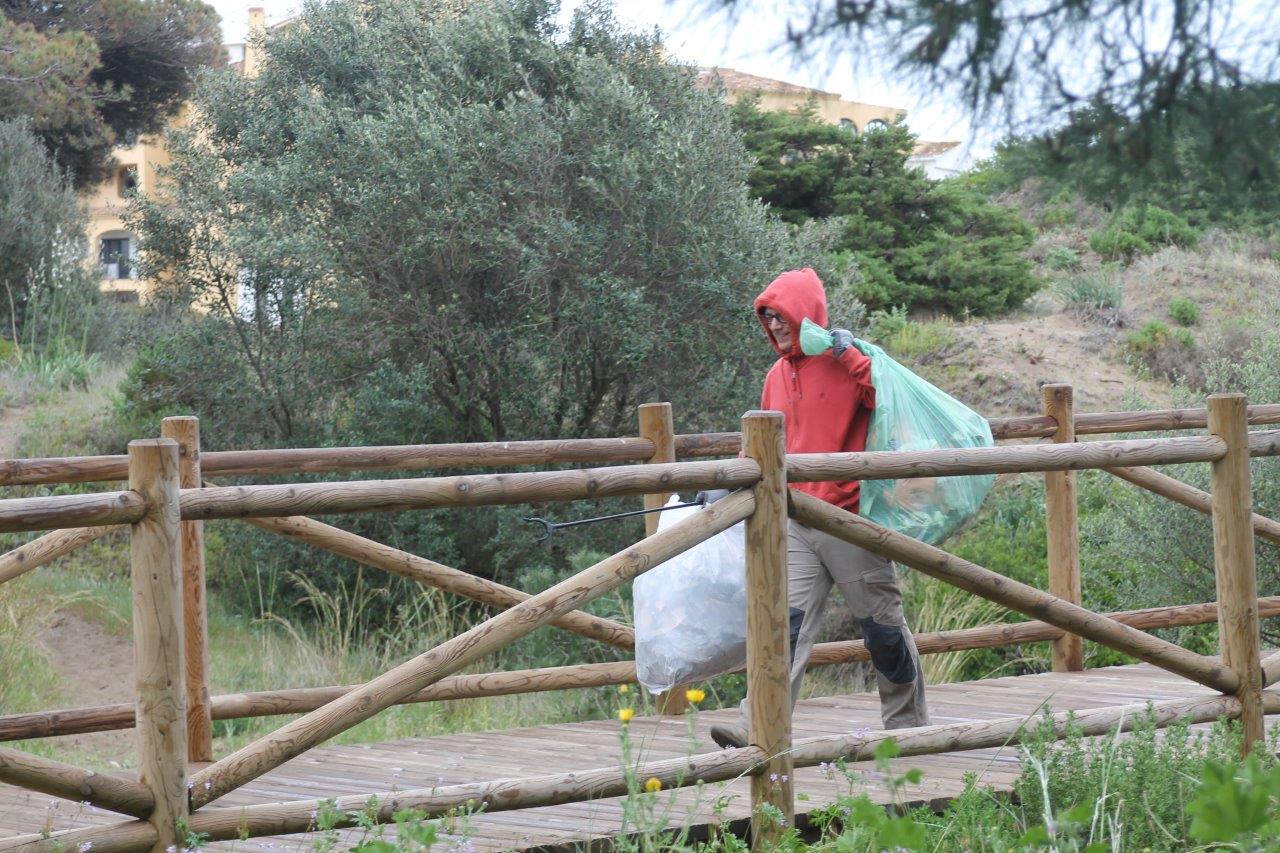 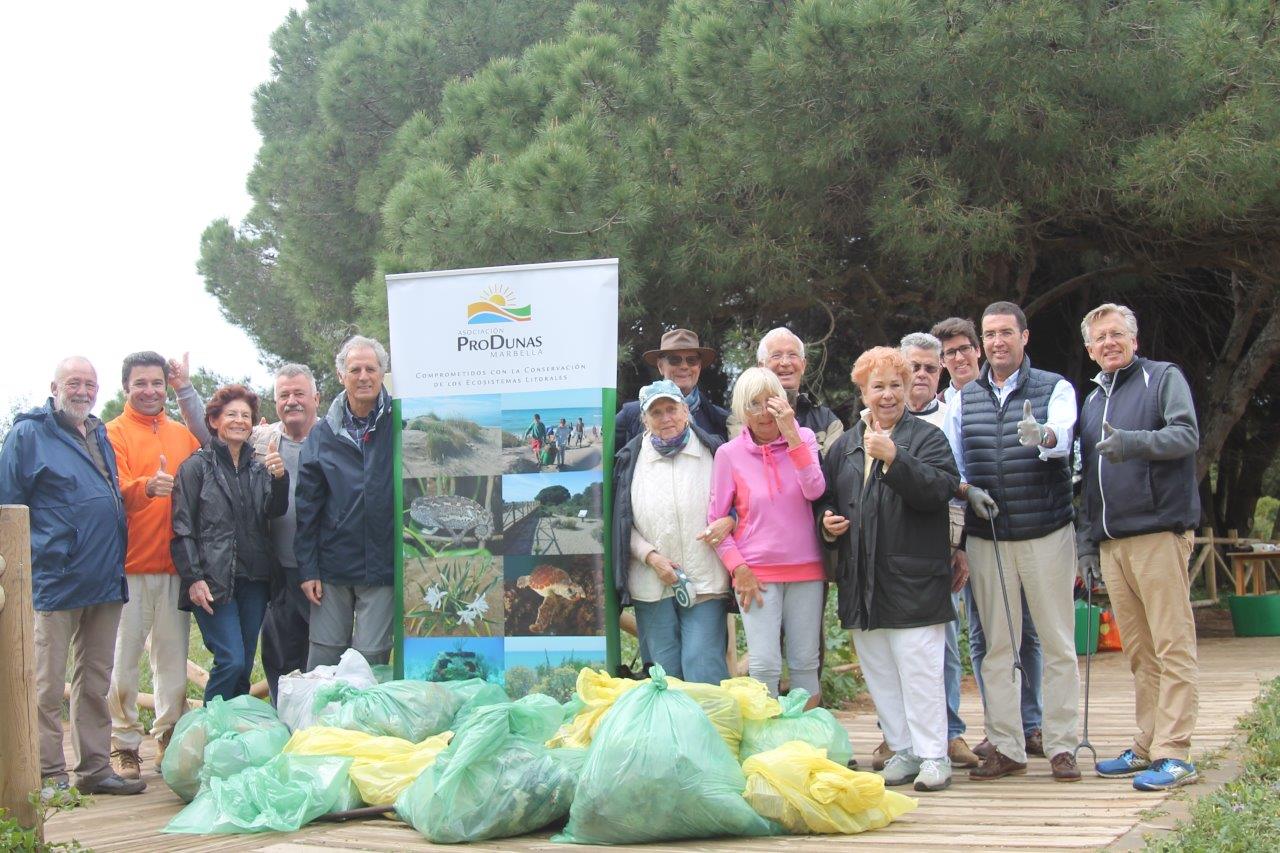 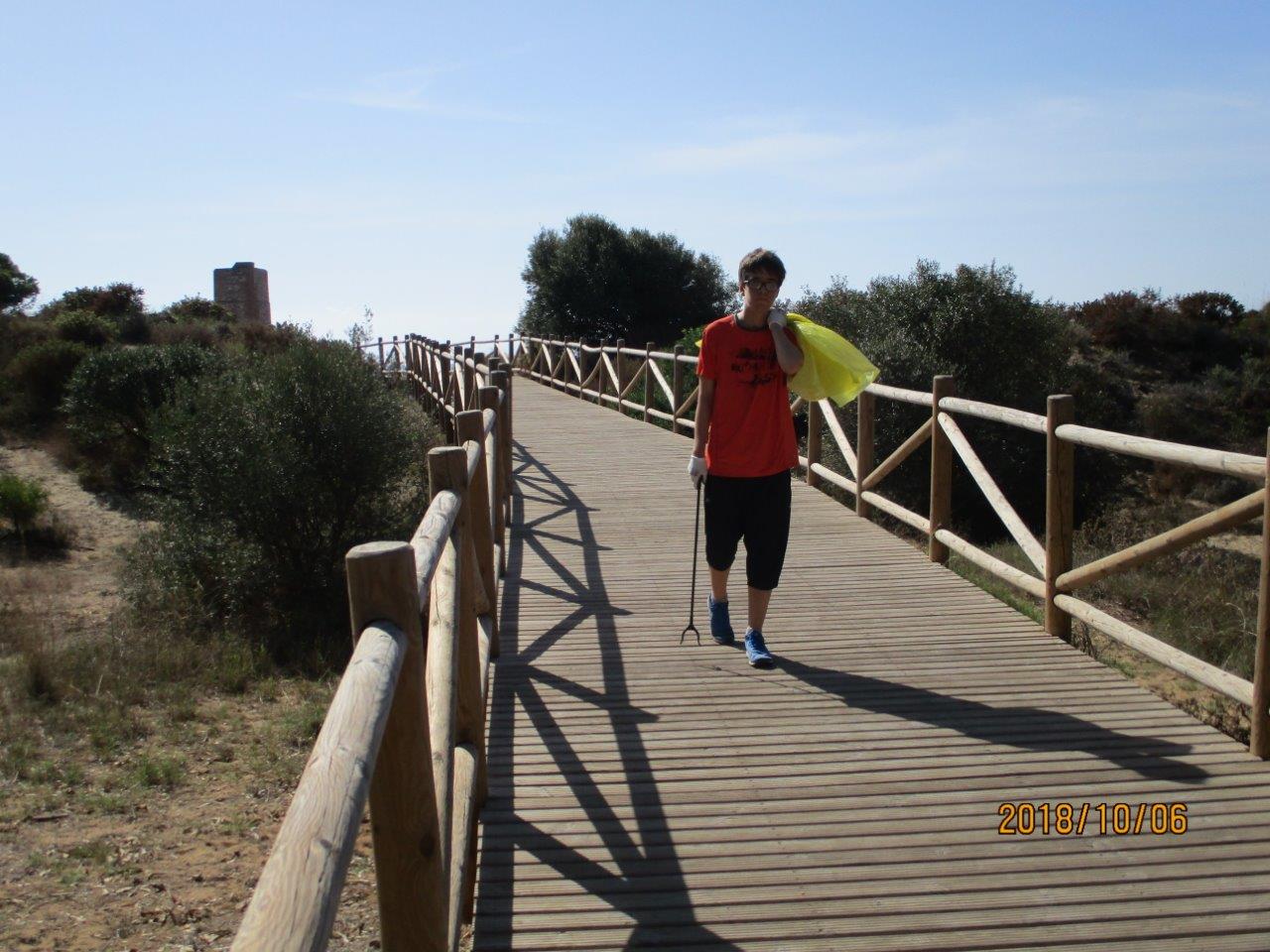 – Reforestations in dune areas: Our latest instalment of reforestation in the dunes is with 140 stone pine saplings and other indigenous shrubs – with all this, we are creating a green lung in our treasured dune  ecosystems.